In the footsteps of Andre Aciman’s Out of Egypt and Lucette Lagnado’s The Man in the White Sharkskin Suit, comes Aaron Zevy’s Schlepping Across the Nile.

Schlepping Across the Nile is a collection of stories, recollections and memoirs which crackle with wit, brazen sentimentality and unfiltered self-awareness.


Zevy is the son of an Ashkenazi father and Sephardic mother who both left Egypt in 1960. The second world war and the creation of the State of Israel resulted in the mass deportation and emigration of most of the Arab world’s 1-million strong Jewish community in a movement of people oft referred to as the Second Exodus. Now there are fewer than a dozen Jews living in Egypt.

The memories and cultural heritage of that community is underrepresented in Jewish literature, and Zevy’s volume adds a distinctive, rib-tickling voice to the shelf.

The recollections of his parents’ lives in Egypt and of his upbringing in Canada as a child of immigrants are told with a passing tip of the hat to Larry David’s curmudgeonry and Woody Allen’s self-deprecation. Zevy’s Ashkenazi half is the wry, bemused and slightly embarrassed observer of his other half’s escapades and exploits.

In Crossing the Nile, the young Zevy begs his mother to make Lipton Cup-A-Soup and grilled cheese instead of an Egyptian concoction for a Canadian friend coming over for lunch. In Shesh Besh, the grown up Zevy is terrified that the aggressive backgammon taught to him by his foul-mouthed uncles will derail a blind date. In Hanono, he is a second from bursting with excitement over a chance to finally fire a favorite juicy Arabic insult amongst Egyptian poker players.

It’s a crazy ride, and readers can expect to come away with sardonic lessons on friendship, family, and the subtle art of exaggeration, with Zevy always returning to the central theme of a man just slightly out of sorts and out of place in his world.

Never, Zevy reminds us, let the truth get in the way of a good story. 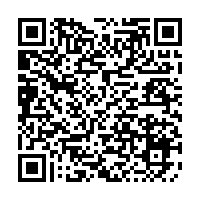