The bravest souls in the world, to my mind, are those parents who picked up and moved to Israel from the West with school age children. I made Aliyah as a newlywed and had my 12 children, every last one of them, here in Israel. My kids never knew any other system and Hebrew is their mother tongue. I watch those other families and I can’t imagine the courage it took for them to pull their children out of their cozy, settled, and familiar surroundings and take them far away to a new land forever.

God bless them for their efforts, because for sure, they don’t have it easy. Even if their children were proficient in Hebrew before the big move, everything—the subject matter, the system, their classmates, even simple things like notebooks and pencils—is different than it was in the Alte Heim (the “old home”). It’s even harder, if like so many children these days, the kids have learning difficulties, such as dyslexia or ADHD. It’s not like they could leave those behind.

One of my new friends, let’s call her Miriam, solved the problem by homeschooling her children. Miriam regularly does the rounds of schools both near and far, schlepping her kids for interviews. The schools tell her that they simply don’t have the tools, manpower, and infrastructure to deal with new immigrant students.

Miriam never gives up. She is determined to stay upbeat no matter what. Nothing is going to make her lose her starry-eyed wonder about living in the Holy Land. Her determination has resulted in two of three kids getting into schools, which involves a lot of driving back and forth. And of course, one kid is still left at home to be homeschooled until something, some school, gives.

Another friend, Heather Barr Cohnen, spoke to me about the rigidity of the school system, as she has experienced it since making Aliyah. The problem for her is the unwillingness of teachers to try out different (read nontraditional) pedagogical techniques. “I wish the system did not give up on associative learners. With just simple cognitive strategies like mnemonics they have success. In the real world you need innovations and people with associative styles of thought not a society of Stepford Wives.”

I’m not sure that what Heather has experienced since making Aliyah is all that different than teachers in the U.S. who “teach to the system and not to the child.” But it certainly can’t help to have to fight for your kid in a language that is not as comfortable in your mouth as English. I admire her for the active role she has assumed here in Israel since making Aliyah. Heather started a Facebook group called Bridge it – Olim Educational Advocacy for other parents in the same, new immigrant, boat.

Part of the problem of making Aliyah with kids involves the black and white nature of religious education in Israel. One friend, I’ll call him Joe, described his late parents’ Aliyah to a Tel Aviv suburb, some 40 years ago. Joe’s parents were what we called “traditional” back in the United States. They wouldn’t have described themselves as Sabbath observant, but had always educated their children in Jewish day schools in the U.S. They thought to put their second grader into the Mamlachti Dati religious school in their new neighborhood, but because they weren’t Sabbath observant, their daughter was turned away.

Of course, 40 years is a long time ago, and one would hope that things have changed. But based on Miriam’s difficulties in finding a school willing to educate her children, and the rigidity of the system as Heather has experienced it, I’m not so sure.

While this seems (and is) a dire state of affairs, most parents (and their children) stick it out and make the most of things. Most westerners who make Aliyah do so for ideological reasons. They’re not going to let anything make them leave, and anyway, a lot of them have burned their bridges and have no way back.

In my neighborhood, we do our best to help Olim get acclimated, from helping them understand their electric bills, to becoming their substitute families when tragedy (God forbid, lo aleinu) strikes. If the new family’s kids are similar ages to my own, I like to get my kids involved, assuming they have compatible interests and personalities. These child Olim, more than anything, need friends. 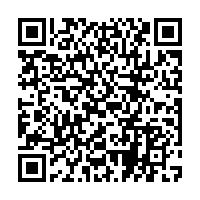