There are certain age-old maxims that seem to suggest anti-Semitism is a built-in condition among the nations of the world. For example, our sages teach that there is a link between the words Sinai and sinah – hatred – because from the moment the Torah was given to us at Mount Sinai, jealousy and hatred descended on our people.

I am very much aware that there are (as there always have been) non-Jews who exhibit friendship, respect, kindness, and love to our people. Nevertheless, generally speaking the hatred of the nations has plagued us throughout the centuries.

Those of you who are familiar with my personal background know I was born in Hungary, one of the last countries to be occupied by the Nazis. At that point the tide of the war was beginning to turn. The Allies were advancing. But Hitler could not be diverted from his course. His priorities remained the same even if it meant greater suffering on the part of his own people. All Jews had to be annihilated and he was determined to succeed at any price, even if it meant losses for Germany on the battlefield.

Hitler had harnessed his chemists and engineers and instructed them to expedite Jewish extermination in the most efficient manner possible. Yes, they killed millions of us but – and here comes the big but – they could not destroy us as a nation. And here we are, stronger than ever, vibrant and thriving.

It boggles the imagination. Our people – without weapons, without an army, without anyone to give them sanctuary or protect them – survived the ferocious onslaught of the Nazis and their collaborators. How could this have happened? The answer is simple – simple, that is, if you are willing to cast away preconceived notions and lack of faith.

The truth is there for all to see. The very heavens and the earth testify to it. Our security, our lives, our invincibility are sealed in that eternal covenant forged at Sinai.

Visit any of the growing and dynamic Jewish neighborhoods in the U.S., Canada, England, Israel, or wherever else Jews are settled and you can see this incredible spectacle of Jewish survival – and it all happened in just 70 years. Any other nation would have long disappeared but we rose like a phoenix from the ashes and reinvented ourselves. That stunning miracle emanated from Sinai.

Three short years after the end of the Holocaust, the living skeletons who had emerged from the death camps were dancing in the streets, rejoicing at the reestablishment of the state of Israel in our Holy Land from which we had been expelled nearly 2,000 years ago.

How can that not send shivers down your spine? It should make you shout out “Hineni – here I am, Hashem, ready to serve you with all my might; Shema Yisrael Hashem Elokeinu, Hashem Echad – Hear O Israel, the Lord our G-d the Lord is One.”

But even in the face of this electrifying miracle most of us have remained dormant. We do not quiet get it. We have yet to make that personal leap of faith and commit to Torah.

Yes, we’ve witnessed a resurgence of Judaism, as evidenced by the ba’al teshuvah movement. If anyone can testify to that, I can. Nearly five decades ago with the blessings of my saintly father, HaRav HaGaon Avraham HaLevi Jungreis, zt”l, my beloved husband, HaRav Meshulem HaLevi Jungreis, zt”l, and the great Torah luminaries of that time, I was one of the first to launch a worldwide ba’al teshuvah movement and had the zechus, the privilege, of reconnecting thousands of our people to Sinai. Since those days the ba’al teshuvah has flourished.

Sadly, though, the hearts of the vast majority of our people have yet to be touched and Jews are disappearing in the melting pot of assimilation and intermarriage.

And it is not only our individual spiritual lives that are at risk but our national life too, as our beloved Israel is constantly under the gun, both figuratively and literally, from terrorists groups and nations in the middle East and elsewhere.

Was it only yesterday that Jews celebrated the resurrection of Israel? Can it be that once again the specter of evil is looming over our heads? What is our solution? What is our strength? And how can we harness that strength so that it will bring about the salvation of Am Yisrael, in both an individual and national sense?

How do we present our case? How do we explain our right to the land of Israel? That is the challenge we all must contemplate and respond to. 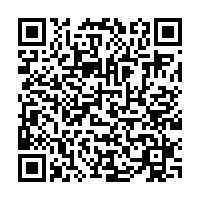