So Secretary of State Kerry said, regarding Iran and nuclear weapons, that the U.S. has “the ability to stop them if they decided to move quickly to a bomb. And I absolutely guarantee that in the future we will have the ability to know what they are doing …” (“Kerry to Israel: I ‘Absolutely Guarantee’ U.S. Can Stop Iran From Getting Nuke,” front page news story, May 8).

The problem, however, is that there is a very big difference in having the ability to do something and actually doing it. I for one do not believe the Obama administration will do what’s needed to be done, and I’m sure I’m not alone in that belief.

One would have to be suffering from a surfeit of credulity to lend credence to Kerry’s guarantee that the U.S. will stop Iran from actualizing its nuclear aspirations.

A random review of previous U.S. guarantees to Syria, Yemen, and Ukraine, among others, and the now evident disastrous consequences of the administration’s failure to live up to those guarantees, should convince Israel it would be more prudent not to rely on such empty promises.

The Importance Of Derech Eretz

Yasher koach to The Jewish Press for publishing Rabbi Eliyahu Safran’s “ ‘This Day’: Derech Eretz and the Study of Torah” (op-ed, May 8).

We really need to take seriously the importance of derech eretz. Rabbi Safran mentioned the plague that struck Rabbi Akiva’s students because of their lack of derech eretz. We must also remember that Hashem punished the Jewish people because they engaged in sinas chinam, unwarranted hatred toward each other, which caused the destruction of our beloved Beis HaMikdash as well as other disasters that have befallen us.

Studying Torah does not mean keeping your nose in a book. It means practicing what you preach. If we don’t show respect for each other, how can we respect, love, and honor the Torah?

Allies Knew In Time To Interrupt The Killing

Dr. Michael Berenbaum (interview, May 1) says documentation concerning Auschwitz “did not reach the United States in its entirety until November 1944” and “by that time the gassing at Auschwitz had ended so the bombing would have been irrelevant.”

In fact, ample information about Auschwitz reached Washington long before November – and in plenty of time to interrupt the mass murder.

The first request for the U.S. to bomb the railways leading to Auschwitz was made by Rabbi Yaakov Rosenheim, leader of the New York-based Agudath Israel, on June 18, 1944. At the same time, U.S. diplomats in Switzerland sent Washington a list of railroad junctions that should be hit. This information came from two recent escapees from Auschwitz, Rudolf Vrba and Alfred Wetzler.

Not receiving a response, Rosenheim sent Agudah representative Meir Schenkelowski to Washington to speak with Secretary of State Cordell Hull and Secretary of War Henry Stimson. Hull claimed the proposal was outside the State Department’s responsibility. Stimson, too, passed the buck – he told Schenkolewski “the whole matter is within the competence of the Russian Military Command.”

Stimson was lying. That very week, the U.S. Fifteenth Air Force was preparing to attack German oil factories near Auschwitz. Throughout the summer and fall of 1944, the U.S. bombed those factories repeatedly, sometimes hitting targets just a few miles from the gas chambers and crematoria.

On July 4, Assistant Secretary of War John McCloy finally responded to Rabbi Rosenheim. McCloy claimed bombing the railways to Auschwitz was “impracticable” because it would require “the diversion of considerable air support essential to the success of our forces now engaged in decisive operations…” 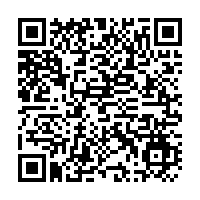