Answer: In Parshat Vayechi, Jacob wishes to reveal to his sons what will transpire at the end of time: “Vayikra Yaakov el banav vayomer, ‘He’asfu ve’agida lachem et asher yikra et’chem be’acharit hayamim’ – Jacob called to his sons and said, ‘Gather around that I may tell you what will befall you in the end of days.’”

Quoting the midrash (Bereishit Rabbah 98:2), Rashi explains that Jacob wished to reveal the future to his sons, but the Shechina – the Divine Presence – departed from him. Jacob was thus unable to impart the information, but clearly here is a reference in the Torah to “acharit hayamim” – the End of Days.

Another term used to describe this era is techiyat hameitim, the resurrection of the dead. The Talmud (Sanhedrin 90b) asks: How is resurrection derived from the Torah? It answers: It is written (Numbers 18:28), “U’netatem mimenu et terumat Hashem l’Aharon haKohen – And you [the Children of Israel] shall give thereof [the tithes] an offering of G-d to Aaron the priest.” But how could they give terumah to Aaron who did not even enter the Land of Israel?

The Gemara answers that this verse teaches us that Aaron will live again in the future – “she’atid lichyot” – and at that point the Children of Israel will be able to give him terumah. Rashi (ad loc.) explains that this future era is Olam Haba, the World to Come.

The Gemara notes that it was taught in the academy of R. Yishmael that “to Aaron” refers to one who is learned like Aaron, namely, his sons. Based on this interpretation, the verse does not hint to techiyat hameitim (and, hence, to the World to Come).

The Gemara, tehrefore, seeks a different sources, quoting a Baraita in the name of R. Simai that states: From where do we derive techiyat hameitim from the Torah? It is written in Parashat Va’era, “Vegam hakimoti et briti itam latet lahem et Eretz Canaan – And I also established My covenant with them to give them the Land of Canaan.” The verse does not state “with you [the Children of Israel]” but rather “with them,” referring to the Patriarchs, with whom the covenant was established. This verse thus serves as a Biblical source for techiyat hameitim.

The Gemara cites other verses that can serve as possible sources for techiyat hameitim including two verses from Parashat Ekev quoted by R. Yochanan. The first is Deuteronomy 11:21: “…al ha’adama asher nishba Hashem le’avoteichem latet lahem – …upon the land which G-d swore to your fathers to give to them.” The Gemara explains that “to give to them” rather than “to you [the Children of Israel]” indicates that in the future, our Patriarchs themselves will possess the Land of Israel.

The second verse is found in Parashat Va’et’chanan, “Ve’atem ha’deveikim ba’Shem Elokeichem chayyim kulchem hayom – And you who cling unto Hashem your G-d are alive, all of you, this day.” R. Yochanan understands this phrasing to mean that just as you are all alive today, so shall you be alive in the World to Come. Rashi points to the word “hayom,” which is seemingly superfluous, as the inspirtation for this explanation.

The Gemara (ibid. infra) notes that even certain non-believed in techiyat hameitim. One of them asked R. Meir: “I understand that the dead will arise, for it is written (Psalms 72:16) ‘veyatzitzu me’ir ke’esev ha’aretz – and may they [the righteous] sprout forth from the city [Jerusalem] like the grass of the earth.’ My question is: When they arise, will they be unclothed or in their garments?”

R. Meir replied, “There is a kal vachomer that we derive from a grain of wheat. Just as a grain is buried naked and sprouts forth with many garments, surely the righteous who are buried in their garments [are resurrected clothed].

(The Iyun Yaakov commentary on Ein Yaakov [Vol. 5:129], s.v. “keshehem omdim” explains the comparison of wheat to man: Wheat has no ministering angel and is subject to the direct care of G-d. Similarly, G-d retains the “key” of the resurrection of men.)

So we see that there are several Biblical sources for techiyat hameitim and the accompanying concept of olam haba. 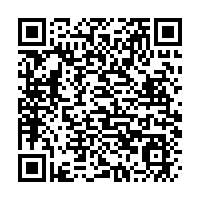