“You must sanctify yourselves and be holy,” the Torah tells us, “for I, the Lord your God, am holy.” The service of God in our lives should simulate the service of God in the Temple. Just as the kohen, the priest, was required to enter God’s Temple in a state of taharah, spiritual cleanliness, we are required to enter God’s world in a state of taharah.

Natural water gathered in a mikveh is our spiritual purifying agent. That is why the Torah asks of the woman, God’s partner in creation of the human being, to spiritually purify herself before conceiving a child. The convert, who has not been born to a Jewish mother, must be purified in a mikveh before becoming Jewish.


Following the destruction of the Temple, the Jewish table replaced the altar. Not only the food offered on the table but the serving utensils as well must be pure. Accordingly, utensils owned by a non-Jew, like the non-Jew himself, must be consecrated by immersion in the mikveh before entering the Jewish world. The process of consecration of utensils owned by non-Jews is known as tvilat keilim, and is colloquially referred to as “toveling.” The scriptural source for tvilat keilim is the prohibition placed on Israelite soldiers, upon returning from war carrying the spoils of Midian, from using Midianite eating utensils without first kashering and toveling them.

Eating and drinking utensils and utensils made of metal or glass that are used in the preparation of food and come into direct contact with food (such as cups, plates, silverware, pots and pans – but not coasters, knife sharpeners or other utensils, which have only indirect contact with food), and which were manufactured by or acquired from a non-Jew, require tevilah before they can be used by a Jew.

Wooden, earthen (if unglazed), bone and paper utensils, as well as disposable eating utensils, including aluminum foil and baking tins, are exempt from tevilah. The blessing Al Tevilat Keilim is recited immediately before toveling utensils made of metal and glass.

All Jewish persons, men, women and children, may tovel with a blessing. Utensils with which food is prepared or in which food is stored but not eaten – such as a meat grinder, potato peeler, slaughterer’s knife or sugar container – are immersed without the blessing unless immersed together with other utensils, which require the blessing. Whether plastic or nylon utensils require tevilah is debatable. Some authorities suggest they require tevilah without a blessing while other authorities rule they require no tevilah at all.

Eating utensils, which would require tevilah if acquired from a non-Jew, are exempt from tevilah if the non-Jew retains ownership over them, such as when the Jew rents or borrows them. Accordingly, if one finds oneself in a place with no toveling facilities, one may, as a temporary solution, use utensils even without tevilah by employing the following device: One may give the utensils to a non-Jew as a gift, thereby transferring ownership to him and then borrow them back. If no other eating utensils are available, this device may also be employed on Shabbat or Yom Tov, when it is forbidden to tovel utensils.

All dirt and adhesive labels (other than brand name labels that would ordinarily be considered part of the utensil) must be removed before tevilah so as to ensure 100 percent water contact on all inner and outer surfaces. For the same reason, the utensil should be lowered into the water in a perforated container – or if hand dipped, held with a loose grip.

An electric appliance, such as a coffee percolator or an electric toaster, acquired from or manufactured by a non-Jew and which would be damaged by tevilah, can be dealt with as follows: One may ask a Jewish electrician to dismantle the appliance into its separate parts to the point where it loses its original identity and then to reassemble it. The appliance is then considered as manufactured by a Jew and no longer requires tevilah. Alternatively, one can give it as a gift to and borrow it back from a non-Jew in the way already described. Tvilat keilim may also be performed in the sea or in a river so long as the river contains the minimum amount of required water for a kosher mikveh. In the absence of other facilities, glass utensils (but not metal utensils) may be toveled in snow. 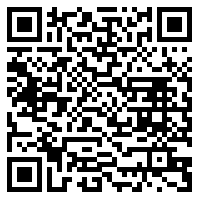