The exhibit, according to a statement from guest curator Michele Waalkes which is posted on the museum website, “examines how faith can inform and inspire artists in their work, whether their work is symbolic, pictorial, or textual in nature. It further explores how present-day artwork can lead audiences to ponder God, religious themes, venerated traditions, or spiritual insights.”

The non-Jewish works in the show include references to the Kaaba in Mecca, to the crucifixion, and to Adam and Eve, and although they deserve attention in their own right, this column will, of course, focus on the Jewish works. Two works of Igal Fedida’s cleverly address the Genesis story. “The Marvelous Story of Life,” a mixed media work on metal, starts with the waste and void (tohu and vohu of Genesis 1:2) in the center of the work, caked on in a manner that somewhat evokes Jules Olitski’s later works. Around the void, Fedida writes the Hebrew text of Genesis. (Careful readers will notice that the divine names aren’t spelled out in full, i.e. “Elokim.”) Instead of having the text start on the outside of the work and spiral inward, Fedida has the biblical words emanate from the void and flow outward. Rather than descending into the void, biblical meaning emerges from the chaos.

The same can be said of Fedida’s “Metallic Void,” which includes the first verse of Genesis (“In the beginning, God created the heavens and the Earth”) sandwiched between abstract black and white forms. In the “heaven” portion of the work, deep shadows appear to descend, storm like, upon the horizon. In the “ground” portion, white cloud-like forms, which suggest foam beneath a waterfall, seem to rise up. The biblical text hovers (like the spirit of God in Genesis 1:2) in the chasm between the heavenly and earthly domains.

Tobi Kahn’s sculpture “Shalev,” whose title indicates the Hebrew word for “quiet” but also suggests shalhevet, or “flame,” depicts a smaller figurative form beneath a large structure, which evokes Stonehenge. (The work is a smaller, bronze with patina version of the larger granite and bronze sculpture in New Harmony, Ind. See also, Richard McBee’s column “Tobi Kahn’s New Harmony” in these pages on June 17, 2009.) The smaller golden form could be a flame, or a person praying or weeping, while the larger structure has a monumental or temple feel. And the work is surely cast in a unique light installed near Faraz Khan’s “In the Name of God, Beneficent, Merciful.” A yellow arrow in the latter Khan’s painting beckons toward, and then away from, the former Khan’s sculpture.

Lastly, but certainly not least, a word on the two works in the show by the regular author of this column. McBee’s “Moses at the Jordan” could refer to several biblical episodes, but one assumes it shows the bible’s greatest prophet delivering his final talk to the Jewish people before he dies and they carry on into the Holy Land. Where many artists struggle with crowds – to try to depict each person, or not to? – McBee has a special talent (which recalls George Bellows) for teasing out just the right amount of detail while abstracting the rest of the crowd. To McBee, Moses’ audience is at once shocked (second figure from the left), in need of restraint (second from right, front row), and an amorphous and dehumanizing mass.

If the self-declared speaker with “uncircumcised lips” is intimidated by the public speaking challenge of projecting to not only the Israelites clad in ochres, blues, whites, and blacks, but also the dark shadowy forms (erev rav?) lurking between a couple of mountains (Gerizim and Ebal?), he doesn’t show it. Moses, whom McBee intentionally dresses in anachronistic Chassidic garb, spreads his arms wide, and throws his head back. Israel’s greatest prophet, to McBee, may have discovered that his people’s stiff necks are contagious. 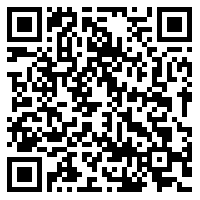