I have a vague memory of being on vacation near Niagara Falls right after Hurricane Katrina struck New Orleans in August 2005 and seeing gas priced at $2.79.  I recall being outraged by just how ridiculously high gas prices had risen.

Looking at current gas prices, all I can say is, “Wow, I miss those Katrina days,” because right about now I am grateful when I can find gas in the low three dollar range.  $2.79?  Unheard of, which makes filling the 21-gallon gas tank on my minivan a less than pleasant experience for my wallet.

With the cost of gas having stabilized at prices that would have made us break out in hives ten years ago, it is no wonder that more and more people are starting to explore vehicles that don’t rely solely on gasoline.  While for years electric cars were more of a scientific curiosity than anything else, over the last decade, both hybrid and electric vehicles have slowly but surely been popping up in driveways everywhere.

Talk to people who own hybrid cars and they will happily gloat about how infrequently they fill up their tank or how many miles they get to the gallon.  Chat with owners of electric cars and they will wax enthusiastically about how often they go to the gas station.  Just so you know:  they don’t.  Ever.

Hybrid cars first became available in the mainstream market approximately ten years ago, as developers who were looking to manufacture electric cars searched for ways of producing batteries that would be potent enough to power a vehicle for long distances, but wouldn’t be prohibitively expensive or overly cumbersome.  Hybrid cars, which have a dual drivetrain encompassing both an electric motor and a gasoline engine, combine the best of both worlds, taking advantage of the strongest capabilities of each component.  While the gasoline engine excels at regular driving, the electric motor, powered by a battery pack charged by the gas engine, shines when it comes to accelerating and climbing hills.  With two separate components responsible for powering the vehicle, both can be smaller and more efficient.

According to data on HybridCars.com, the concept of non-gasoline powered vehicles is far from new. Flemish astronomer Ferdinand Verbiest developed plans for a small four wheel unmanned steam car for Chinese Emperor Khang Hsi in the late 1600’s and Nicholas Cugnot of France built a steam powered vehicle capable of speed of six miles per hour in 1769.  Fast forward to the early 1970’s when the price of gasoline soared from (try not to laugh out loud) a national average of 38.5 cents per gallon to 55.1 cents per gallon and energy conservation and alternative fueling became a serious concern.  Prototypes of hybrid vehicles began emerging along with laws and agencies such as the Electric and Hybrid Vehicle Research Development and Demonstration Act, the Partnership for a New Generation of Vehicles and the Department of Energy’s United States Advanced Battery Consortium, whose goal was to produce a super-battery that would help put electric cars on the road in the near future.

By 1997 the first Toyota Prius hybrid hit the roads in Japan with first year sales of 18,000 vehicles.  The Honda Insight took the honor of the first mass marketed hybrid car to hit the United States in 1999, with an impressive EPA mileage rating of 61 miles per gallon in the city and 70 mpg on highways.  The first four-door hybrid Prius made its USA debut in 2000, with the Honda Civic Hybrid arriving two years later.  Demand for the new Prius soared after it took home Motor Trend’s Car of the Year award in 2004, and interested buyers had to wait six months for the privilege of purchasing one. 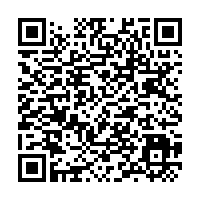