On our first day in the antepartum unit, one of the nurses mentioned how critical every moment of pregnancy really was. “One minute in is worth two minutes out (in an incubator).”  We weren’t really expecting a premature birth, but her comment put a fine point on the importance of the care my wife was receiving.

While the word “routine” is not one often associated with a long stay in an antepartum unit, it didn’t take long to get a feel for the daily schedule. The high-risk doctor would always visit first thing in the morning and, as in any hospital stay, the rest of the care was provided by nurses.


In this unit, nurses changed shifts every twelve hours. We quickly learned that certain nurses were more friendly and ready to answer our questions and requests, while others were not as helpful.

I had this internal debate about the best way to treat the nurses. On the one hand, it was important to be nice and appreciative, but what should we do if we truly needed something and found ourselves with an uncooperative nurse?

I spent almost every night with my wife in the unit, and I was always on top of every aspect of her care. The nurses all knew that I was watching very closely.  Nurses are often accustomed to taking orders from doctors, and I determined that being strong, firm and direct with the uncooperative nurses would bring results. In the worst case, if a nurse still refused to comply, I told her that I would page the doctor for resolution. That almost universally did the trick.   I decided to use these strategies when absolutely necessary, as I did not want the nurses to start to resent working with my wife.

I often brought candy and pastries for the nurses’ station, thanking them profusely for their assistance, but they did take me seriously, and when I decided it was time to make a stand, they normally listened.

At each change of shift, the new nurse would come in, take my wife’s vital signs and listen to and time each baby’s heartbeat. Twins can be tricky, as it can be hard to be sure both heartbeats were detected or if the nurse listened to the same heartbeat twice.

Fortunately, I am very sensitive to sound, and after the first couple of shifts, I was able to hear the difference in the pitch produced by each baby’s heartbeat.  Within a week, when an ultrasound was conducted at the same time as the heartbeat detection, I was able to tell which heartbeat belonged to my son and which to my daughter.  My wife would normally look at me during the process, and I’d tell her if it we were listening to the male or female baby’s heart.

Nurses always seem to be in a hurry when they change shifts, and I regularly stopped the nurse from completing her checkup by informing her that she had listened to the same baby twice. Their reaction was almost always the same, moving the monitor to find the other baby while looking at me to determine if it truly was the second baby.

About 50 percent of the time, even with the adjustment, they found the same baby again, and I made it clear that they needed to locate the other baby before they were done.  In a way, these were strong bonding moments. I was able to hear and identify my children’s heartbeat on a daily basis. While I closed my eyes to concentrate on the sound to determine which baby we were listening to, I smiled.

Boredom was inevitable, both for my wife and for me.  While there is no question that it was much worse for her than for me—I was at work for 10 hours a day, including my Ph.D. courses and had plenty of studying to do—there is only so much you can do cooped up in a room.

We talked (often with a social worker assigned to help us deal with the issues we were facing), watched TV and waited for the next visit by a nurse or a doctor.  Often I would sit and watch the second hand on the clock on the wall, tracking each minute and thinking how each one represented another “minute in.”

I settled into a routine. I would come straight from work or school, grab dinner at a local pizza shop, spend the night on the pull-out couch, wait to hear what the doctor had to say in the morning and then rush off to work.

On Shabbos my wife “lit candles” on the room lights and I made Kiddush and hamotzie. While we ate together, she was limited to diabetic hospital food.

Shabbos was incredibly boring. We talked and read, but we were unable to watch TV or speak on the phone. Those days seemed to last forever, but I am very glad that I was there with her.

We were concerned because one of our favorite nurses was Jewish and we didn’t feel comfortable having her be mechallel Shabbos for my wife’s care. We didn’t ask her to turn on or off lights or adjust her bed on Shabbos, but she took the initiative and did what she thought my wife would want anyway. She wouldn’t take no for an answer, and we were powerless to request a different nurse.

Cell phones were not allowed on the unit as they could interfere with some of the medical equipment. The only phone she could use was the hospital phone in her room. Sadly, even though my cell phone number used the same area code as the hospital, our neighborhood was outside of the hospital’s calling zone. That meant my wife had no way to call me when I was at work.

That was quite disconcerting. She had no way to contact me if she had to discuss something, wasn’t feeling well or had to make a medical decision. I called her regularly during the day to make sure everything was alright, and to see if there was anything I could do, but that just added to an already overwhelmingly stressful situation.

While we were doing everything “right,” inserting an emergency cerclage, full time inpatient bed rest, and the constant supervision of doctors and nurses, things were not improving.  My wife was having contractions, even though we were at less than 18 weeks. Her gestational diabetes continued to get worse, thereby increasing her insulin and making her diet more restrictive.  She needed protein on a regular basis, but there were not that many options available, especially for the small protein “snacks” she was supposed to eat throughout the day. I asked a Rav about waiting between milk and meat (cheese was a great snack option). He told us that she could do whatever needed to be done, but if it was at all possible, she should try to wait one hour between meat and milk to fulfill at least the most lenient minhag. That psak opened her food choices and made her diet much easier to follow.

Sadly, her contractions were having an effect. Her cervix, the only thing keeping the babies in her womb, continued to shrink. More drastic action would be necessary. The doctor revoked her bathroom privileges and any sense of dignity and independence was now gone, with still almost 20 weeks to go!

Then the news got even worse. A day or two later, the doctor told her that she could feel the amniotic sack bulging through the cervix. This was very serious, as she told us that there was no way they could force it back in without rupturing it and the babies could not survive without it.

Aside from a bedpan, my wife would now need to have her bed on a 45-degree incline, with her feet raised in the air for the duration of the pregnancy. It was so hard to believe; we had gone through so much and things just kept getting worse.  Still, I had to believe that everything would turn out OK. We hadn’t come this far to lose everything now!  I knew she and the babies would be fine.  She had the best care, and we were doing everything we could. That hope, and my very life, would come crashing down a couple of days later. 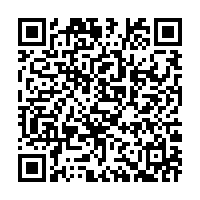