Which brings us to Rogov’s Guide to Kosher Wines 2010: The World’s 500 Best kosher Wines. The format and production values of this handy pocket guide are modeled after the Israeli guides, and likewise are destined to become a new annual series. The scope is geographically expanded to the whole world, rather than just Israel, so the content was somewhat arbitrarily contracted to “the five hundred best kosher wines that I have tasted or re-tasted during the last year.” Rogov also stipulates that he is only including wines that scored 85 points or more. Though it goes unsaid, the list seems to have been further whittled down so as to limit the dominance of Israeli wines.

There is not a single Israeli wine scoring below 88 points in this guide, yet his Israeli guide has them in abundance. Other distinct inconsistencies of inclusion arise as well. The excellent Israeli Bustan Winery, to take but one example, has 10 entries – all kosher and all scoring 90+ points – in the 2010 Israeli guide, but only four in his 2010 kosher guide. Why?


Presumably Rogov and his publisher have excellent reasons for such decisions of inclusion and exclusion, but no hint of any of these is included in this edition. Hopefully future editions will be greatly expanded and include a little more explanation.

Rogov’s Guide to Kosher Wines is an annual must-have for lovers of the best in kosher wines. Its publication marks a true milestone in the development of a genuine culture of kosher wine, and hopefully forever shatters the myth that kosher wine is necessarily inferior.

Taken together, Rogov’s guides offer the kosher consumer the most comprehensive, intelligent and authoritative guide to kosher wines available anywhere. What better gift for the wine imbiber in your family?

Joshua E. London writes about food, wines, and spirits, and is the author of Victory in Tripoli: How America’s War with the Barbary Pirates Established the U.S. Navy and Shaped a Nation. 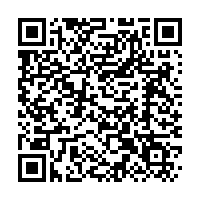