So my suggestions are:

1. Don’t sit squarely on a cushion. Sit on the crack. Of course, this might upset everyone else who wants to sit, especially when you do this on a love seat.

2. Take off your pants before sitting on the couch. This brings a whole new set of problems, but you can solve those by using one of those couch blankets. What do you think they’re for?

3. Before you sit on the couch, empty your pockets onto the coffee table. What do you think that’s for? Coffee? It’s a table at shin height near expensive furniture. It’s not for hot brown drinks; it’s for conversation pieces, like the contents of your pockets, and that’s why they’re all pinkish.

But you could find worse things under your cushions. For example, there was a family in Long Island last summer who, according to a recent AP article, found a 3-foot python under the couch cushions of a tenant who had recently moved out, probably because his python got loose. This is why you’re supposed to do bedikah with a candle and a feather and a spoon. You distract the snake with the feather, hit it with the spoon, and set your couch on fire with the candle. Then you go to a hotel for Pesach.

I get the question: If you come to Shabbos lunch and have a choice of liver or egg, you’re usually going to pick the liver. I guess some people don’t, because liver is kind of a gamble. Sometimes it’s really good, and sometimes it’s kind of grainy. I don’t know why. Maybe it depends on how much the animal drank when it was alive. Alternatively, the liver could be bad because it’s Pesachdic. Which is weird, because how can a body part be chometz? Unless the cow is drinking something a little heavier.

But usually liver’s pretty good, so what’s up?

You totally forgot to make an appetizer, didn’t you? What is it, chopped liver?

So we go with chopped liver. It’s easy enough to take out of a freezer on a Shabbos morning before shul.

Or maybe the expression comes from liver at a kiddush. When you go to a fancy kiddush, people eat the cake, people eat the cholent, and sometimes people take a separate plate and eat the gefiltte fish. But no one goes for the liver. It’s skipped over.

Not only that, but then you come home after the kiddush, and you’re bursting at the seams, and you’re like, “I guess we have to have a seudah now,” because gorging yourself at a kiddush wasn’t considered a seudah, seeing as you didn’t have challah. And you can’t have the seudah later, because your wife is starving, because she doesn’t eat at kiddaishim. But what are you gonna do? How can you eat an entire meal after that huge kiddush?

Not only that, but the less social you are, the more you probably ate. (This is especially important on Shabbos, because you have nowhere more important to be and no phone to pretend to be staring at, there’s no dancing, and the best you can do if you’re anti-social is pretend you’re looking up a vort for a lunch that everyone knows you’re not going to eat after this huge kiddush.) 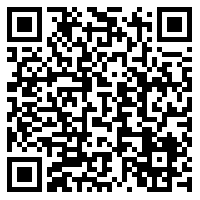