“Israel has the right to defend herself,” said Joe Biden to cheers from the Jewish state. But not too strongly or for too long, apparently. When the pressure from the left wing of his party began to get uncomfortable, he issued an ultimatum. And when America says “jump,” Israel jumps.

One of the greatest mistakes Israel has made in the 73 years since its declaration of independence was to sign on as a satellite of the United States, in return for military aid. The aid has been corrosive: it gives the US too much leverage over our policies, distorts our military procurement decisions, corrupts our decision-makers, cripples our own defense industries, and damages our sovereignty. We don’t need it and we would be better off without it.


While many Americans support Israel, there are those, including some in the US Congress, Senate, and administration, who would prefer that she disappear. Even among those who support Israel, knowledge of the facts about our situation is rare. American media, with few exceptions, is at best strongly biased toward a policy of Israeli concessions that most Israelis oppose. Some of the media’s misconceptions are  risible, like their repetition that Benjamin Netanyahu is a “hardline right-winger.” Many Israelis would respond to this, “if only!”

Israel and its conflict with the Palestinian Arabs has become a highly partisan issue, with American politicians spouting nonsense in order to activate their political bases. Anti-Israel propaganda has become a large-scale industry in the US, with numerous organizations springing up, financed by our state enemies and non-state actors like the groups associated with George Soros, probably the single most prolific funder of anti-Israel initiatives.

In addition to all this, the US is currently going through a convulsive social upheaval centering on the subject of race. The mix of violence and incoherent ideologies, along with what is probably a deliberate attempt to destabilize the country, has also given rise in some segments of society (as political and economic instability always does) to antisemitism and its constant companion, misoziony, the irrational, extreme, and obsessive hatred of the Jewish state. There has been a deliberate effort by some to tie domestic racial issues like the relations between the police and black Americans to Israel. Despite the absurdity of this proposition, it has garnered a great deal of support.

Henry Kissinger once said that Israel does not have a foreign policy, only a domestic one. This is becoming true of America as well. All politics, as Daniel Moynihan said, is local. In more and more ideological localities, they don’t like us, and that has an effect on national policy.

Do we, as Israelis, want to tie our survival to the USA? Or any other great power, like China for example? I don’t think so.

But what is the alternative? Israel is a very small country with a small population in an increasingly hostile world. It is located in a very strategic spot, both physically and in the conceptual geography of much of the human race. Without allies, she would be at the mercy of much larger and stronger nations. Today she is facing a direct threat from Iran, a country with a population almost ten times greater.

The Trump Administration, whatever else can be said about it, was solidly pro-Israel. Its actions regarding Jerusalem and the Golan Heights, as well as its sharp reduction of financial support for UNRWA and the Palestinian Authority, strengthened Israel with respect to her internal and neighboring enemies. The Abraham Accords it brokered provided – for the first time – a true light at the end of the tunnel for the Israeli-Arab conflict, in a way that the cold peace agreements with Egypt and Jordan did not.

I was very optimistic at that time that Trump’s policy marked the beginning of progress away from international isolation, as well as – for the first time – an end to the artificial support for the poisonous and destructive Palestinian movement. Israel, I thought, could develop into a leader of a strong non-aligned movement, including Arab countries and possibly India, that could deter Iranian aggression. I thought that maybe the irredentist PLO and Hamas could be pushed out, and some form of Palestinian autonomy established that would both provide a better life for the Palestinians and end the plague of terrorism that has accompanied our nation since her beginnings.

Unfortunately, the Biden Administration, feeling the need to reject all things Trump, rejected his pro-Israel policy. It went back to the failed and dangerous initiative of the Obama Administration to appease Iran, a policy that guarantees a new regional war in the Middle East – one that will make the recent fracas in Gaza look like a schoolyard squabble. In addition, it is impossible for me to understand how Iran, where “death to America” is a popular slogan, will be a better ally to the US than the nascent Abraham Accords community promised to be.

Biden is a good guy. He said that Israel had the right to defend herself, and said that “until the region, says unequivocally, they acknowledge the right of Israel to exist as an independent Jewish state, there will be no peace.” He is not personally confrontational to Israel or her leaders, as Obama was. But one has to look past what politicians say at what they do. His administration is moving ahead to restart the Iran deal and resume funding the PA and UNWRA. And his ultimatum over Gaza, no matter how polite, was still an ultimatum.

I hope it will be possible for Israel to make the necessary changes to reduce its dependence on the US. It won’t be easy.

In the meantime, this week we are facing a test of our sovereignty and independence. That is the conflict over the Sheik Jarrah neighborhood. Israel’s courts have decided, after a legal struggle that continued for decades, that four Arab families who have never paid rent to the Jewish owners of the property, must be evicted from it. If the evictions are not carried out, it will establish that Israeli law does not apply in Israel when it doesn’t suit the Arabs and their international supporters.

PM Netanyahu will have a chance to prove that he is the leader of a truly sovereign and independent state in the next few days. Let’s see if he can do it. 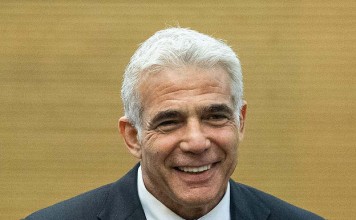 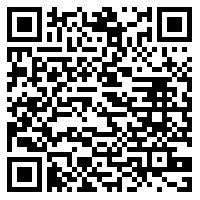