There is not a single sensible person on the face of the earth who would consider the bigoted BDS movement to be anything but a hate based organization. Their anti-Israel activity is deeply rooted in age old antisemitism.

Now I know there are those who will claim I am pulling the anti-semite card out too fast but I just don’t see the point in wasting time.

BDS  does not boycott any of the dictatorships in the world or the Islamic regimes that don’t allow their own women to drive and who beat or arrest women who do not dress in Sharia garb. They only boycott the Jewish State that has more Arab lawyers, teachers, judges and parliament members than there are Jews in all Arab countries COMBINED!

I have not heard about any demonstrations against Assad who has slaughtered and gassed tens of thousands of his own people and I have not seen any BDS volunteers infiltrating the ISIS controlled areas to help the families of the decapitated Christians or the Muslim girls who are being used as sex slaves for ISIS terrorists.

The hypocrisy of the BDS movement is beyond unbelievable. While they scream from the rooftops how Israel is an Apartheid State and attempt to boycott everything made in Israel including academics, the co-founder of BDS himself studied in TEL AVIV, ISRAEL!

READ ALSO: BDS & Nazis, Can You Find The Difference?

So BDS hates Israel. There is nothing new or exciting about that, but did you know they also hate Arabs? I know it makes no sense but there is no other explanation as to why they are asking people to boycott companies like Soda Stream.

Soda Stream has over 20 production facilities world wide. The biggest facility is located just outside of Jerusalem in an area called Mishor Adumim. The factory was originally built in the 1970’s and was used by the IDF as an ammunition factory until 1996 when Soda Stream purchased it and started making bubbles instead of bullets.
At this West Bank facility Soda Stream employs over 1300 people including 500 Arab Palestinians, 450 Israel Arabs and 350 Israeli Jews. All employees work side by side and receive equal benefits, equal wages and equal opportunities.

Some Soda Stream Facts
Each of the 500 Arab Palestinian employees supports a family of 10 on average which means SodaStream provides sustenance  to about 5,000 Palestinians.

Arab Palestinians who work at SodaStream receive wages that are 4-5 times higher than average wages in the Palestinian authority where unemployment is as high as 30%.

SodaStream sends buses to pickup and drop off Palestinian Arabs so to ease their transportation to and from work.

Muhammed Barhum is the current production manager at SodaStream

SodaStream has a synagogue and a mosque on facility to allow for people from either religion to pray.

SodaStream states that one of its main goals is to build a bridge between Israelis and Palestinians.

What Does SodaStream Do?
Besides being an Israeli company, SodaStream is actually keeping the Earth clean. While companies like Coke & Pepsi are the most recognized brands on Earth, their plastic and glass bottles are not bio degradable and the amount of garbage and waste that is piling up is literally destroying the environment!
SodaStream’s Banned Commercial From Super Bowl 2013

The answer is simple, BDS is not about justice and peace but is totally focused on hating Israel. BDS is making the same mistake Arabs have been making for almost a half a century. Instead of focusing on how to build their own, they are  totally focused on how to destroy Israel and are not concerned with the damage they are causing to their own people.

As usual Israel is focused on how to help the world and make it beautiful while our enemies are focused on hate and destruction. How beautiful is SodaStream?

—
Don’t forget to join the IsraelShield Facebook Page as well as  @israel_shield on Twitter and be a part of defending ISRAEL!

We Always Win Because We Can’t Afford To Lose!

IDF “Quench” A Soldier Campaign!
There is only a week left!!
Click on the IDF Tank crew below and support the IDF!
I will be delivering 400 water packs to IDF soldiers who are on duty during the holidays so click on the team below and sponsor a water pack! Sponsor over 5 packs & receive your own IDF Beret!
CLICK TO DONATE—>QUENCH A SOLDIER 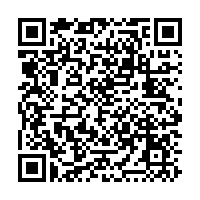