The World Health Organization estimates that 1 in 3 Somalis are mentally ill due to their country’s constant violence and abuse of the Khat narcotic. Somali science however came up with a surefire cure for the crazies. Lock the patient up in a room with a hyena and wait for the ugly beast to see the demons causing the madness and drive them out.

Somali medicine, like American medicine,  suffers from rising health care costs. A session with a trained psychiatric hyena costs 560 dollars in a country where the average national salary is 190 bucks putting a Mogadishu trained hyena on par with a Harvard trained psychiatrist.The Hyena Cure is simple. Lock up a mental patient for three days with a hyena. Hyenas are clever animals. Like their canine relatives, they can be surprisingly perceptive. Somalia, which has a shortage of psychiatrists, but has plenty of hyenas, expects the hyena to see the evil spirits inside the patient and eat them up. It’s not that far-fetched. Hyenas are known for eating anything. Why not demons?

Freud came up with the Talking Cure. Somalis came up with the Hyena Cure. The obvious superiority of the Hyena Cure is that hyenas, unlike psychiatrists, don’t get depressed. The laughing beasts are always cheerful and while they are hardly rare enough to justify that high a price, when American hospitals bill aspirin at a few thousand dollars, neither medical establishment makes much sense.


Somalis who can’t afford to blow a three month salary to spend a little time on the couch with a hyena have a more practical solution. They tie the affected person to a tree and leave. There are even more trees in Somalia than there are hyenas, but the hyenas usually find the patient sooner or later and snack on him pro bono, while his kin head off to the welfare office in Lewiston, Maine.

Like the joke about the mental patient and the driver with the broken wheel, the Somalis may be nuts, but they aren’t stupid.

American politicians, who can give any Khat-chewing Somali pirate a run for his money in the insanity department, dumped thousands of Somalis into Lewiston, Maine where they now make up a seventh of the population.

The average low in Lewiston in January is near zero. Meanwhile January in Mogadishu is a balmy 86 degrees with occasional flurries of machine gun fire.

Despite its chilly weather, Lewiston did have some warm welfare on tap for local residents. And the Somalis disregarded the cold and flocked to the cold cash. The World Health Organization may consider them crazy, but unlike the politicians who welcomed them in, they aren’t stupid.

Back in Somalia, the hyenas that aren’t in private practice carry on a battle of wits with the Islamic terrorists of Al-Shabaab responsible for the Westgate Massacre in Kenya.

The hyenas hunt Somalis and have been known to taste the occasional Al-Shabaab fighter who falls asleep in a Khat induced trance in the sun. And Al-Shabaab hunts and kills hyenas and sells their meat to finance terrorism. Hyenas, like most dog-like animals, are considered unclean in Islam, but Al-Shabaab overcame its Islamist scruples to sell hyena flesh and even market its consumption as effective at fighting off evil spells.

Who needs Prozac when you can eat a hyena and the mental illness demons will head for the hills?

American food companies are known for promising all sorts of bogus health benefits for their exotic fruit juices, which mostly turn out to be pear juice, their superfoods, which are really ordinary foods, and their energy drinks, which are only caffeine with blue dye, but Al-Shabaab, which keeps killing people in order to impose Islamic law, on a country that already runs on Islamic law, has to use black magic to convince people to buy the meat of an animal that eats corpses.

America doesn’t have any native hyenas. Not anymore. American hyenas originally kept Indians from colonizing America. But by the time the West was won, the last of the hyenas was nearly a myth. But today, the Somalis arriving in places like Lewiston and Minneapolis are the new American hyena. Omnivorous and aggressive, they roam into unlikely territories and feed on anything they can find.

The Somali gangs that tore apart their homeland have been reborn in the frigid Midwest. Ten percent of the gang members in the Minneapolis Police Department’s system are Somalis. The Somali Outlaws, the Madhibaan with Attitude, the Somali Hot Boyz and the Somali Assault Unit go from welfare to crime. Like the gangs at home, Somali migrant gangs scale up from street crime, drug trafficking, robberies, sex trafficking and protection rackets to international terrorism.

Lewiston, Maine, a place as traditionally synonymous with gangs as Mogadishu is with snow,  now has concerns about gang violence.

Vacationland now hosts the True Somali Bloods and the True Sudanese Bloods who spill each other’s blood to find out who has the truest blood of them all. In Lewiston, Somali flash mobs attack natives. In Bangor, a Somali gang is at the heart of local crime. The politicians who enabled this disaster don’t like to talk about that. Instead they quote statistics about  new Somali businesses. And if a lot of these businesses are places where Somalis trade food stamps for food, that isn’t discussed much either.

The real Somali growth industry is gangs. The gangs have been formalized with titles and foreign support, but they are still gangs. And even when the various factions of the Islamic Courts Union, one of which includes its Al-Shabaab youth wing, claim to be fighting over Islamic law, they’re just hyenas feeding on other hyenas.

Gangs are still the closest thing to a rule of law in Somalia. There was every reason to expect the Somali migrants in the United States to fall back into that pattern, clusters of young men building families around gangs and making their own law the way they did back home. Nietzsche said that when you gaze into the abyss, the abyss gazes into you. When you stare at a hyena, the hyena stares back at you. When you stare into Somalia, Somalia stares back at you.

The Somali migrants are not becoming Americanized. Maine and Minneapolis are becoming Somalized. Their warring gangs are a warning that even the coldest parts of America can become a barren Somali desert.

Hyenas don’t destroy civilization. They are a symptom of its collapse. They are a sign that the city is giving way to the desert, the town to the village and the village to a handful of burnt out shacks. Carrion eaters go where civilization falls, where men no longer work shoulder to shoulder and where nothing bigger than a gang can endure. They go where there are bodies and no one to bury them.

Somalia is what happens when a country goes mad. And no matter how many tall buildings we have and how many iPhones we sell a year, it would be foolish to believe that cultural madness isn’t contagious and that what happened in Somalia couldn’t happen here.

If we could lock up the advocates of open borders in a room with a hyena for three days and hope the scavenger eats the evil spirits in their minds, it would be easily worth the 560 dollar charge. But the Hyena Cure doesn’t work for Somalis. It won’t work for Americans.

Lock an American politician in a room with a hyena and the laughing beast will not see evil spirits in his eyes, only a weak creature waiting to be eaten. That is the same thing that his Somali cousins see when they sit across the table from another cheerful politician welcoming them to America.

The Hyena Cure doesn’t work by eating evil spirits. Being locked in a room for three days with a predator that eats human flesh is the ultimate reality check. Either you put aside whatever illness has made it impossible for you to function in civilization. Or the hyena eats you.

America, Canada, Europe and Australia all face the reality check of the Hyena Cure. Either the wave of violence that comes from being locked in cities and towns with migrating Muslim predators seeking asylum and refuge wakes them from their madness. 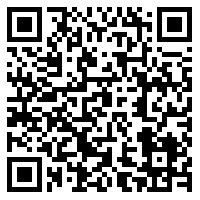