I believe that it is essential for Orthodox Judaism to change and to provide women with full equality — to count them for a minyan, to call them to the Torah, and after proper training, to ordain them as rabbis.

In 1973, after I completed my Semicha studies with Rabbi Joseph B. Soloveitchik at Yeshiva University, I attended his summer shiurim (Talmud classes) in Boston and then started as a PhD graduate student at Brown University.

Brown was known as a progressive community in an era of ferment. Some of us Orthodox graduate students gathered at the Hillel to engage in a traditional Minyan. Not surprisingly some of the women students there wanted to know how far we could push the envelope. Could we conduct an Orthodox service and give women aliyot to the Torah?


I knew these were all sincere and properly motivated students, seeking greater fulfillment in their practice of Judaism. So when they asked me to drive up to Boston and to discuss this issue with the Rav, Rabbi Soloveitchik, I readily accepted the challenge.

After an hour’s drive one evening I was ushered in to sit with my rebbe. I talked with him about several topics, asked his opinion on halakhic issues and then got to the final question.

I told the Rav about our minyan at Brown and that some of the students wanted me to raise a sensitive issue with him. Then I asked matter-of-factly, “What does the Rav think about the issue of Kavod Hatzibbur?” As a sign of respect, one always referred to his rebbe in the third person, even when addressing him directly. And one always took pains to obliquely broach what might be a controversial topic.

The Talmud explains that women are not given aliyot to the Torah because of Kavod Hatzibbur, respect for the congregation. It sounds like a valid reason even though we cannot possibly know now what that phrase meant to the Babylonian sages 1500 years ago.

The Rav knew exactly what I was asking. He smiled and told me he would not give me a psak halakhah on the subject. However, he said I should go back and assure the students at Brown that, “When the women write the checks, they will get the aliyot to the Torah.” He repeated it three times.

I was surprised by the Rav’s statement. At the time I assumed he wanted to be sociological not theological, to finesse the issue rather than to confront it.

I went back and reported the exchange to the earnest students. None of us knew what to make of it. And we went off and pursued our lives.

Through the years I have stopped to reflect on occasion about the wisdom that the Rav shared with me on this matter. Now, thirty-some-years later I have collected my insights into what he may have meant.

First and most important he meant to tell me that there is no halakhic barrier to women receiving aliyot to the Torah.

Second, he also meant to tell me that we should be patient and allow social change to take its progressive course.

And third, the way he put it contained an undertone of critique against how synagogues distribute aliyot in general. In his view, you could be a scoundrel or an ignoramous, but when you write a check you get an aliyah.

That is not the protocol that the Halakhah stipulates. The codes of Jewish law agree that learned people should be honored first and frequently with aliyot in the synagogue.

We have been patient. Over the past thirty years Jewish women have become more earnest, more sincere and more learned in Jewish law. And now all of the Orthodox women that I know have checkbooks.

So whether for the most elevated or for the most basic of reasons, it is time for Orthodox rabbis to sanction for women aliyot to the Torah and much, much more. 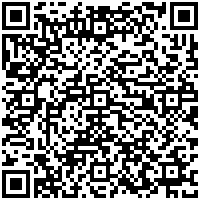