“And the champion emerged from the Philistines’ camp, named Goliath, from Gath; his height was six cubits and a span (1 Samuel 17:4)“

Today, we will visit a beautiful biblical site that few have ever seen (despite it being one of the largest). Besides the stunning scenery and archeology, one of the most famous men in history was born here, the giant Goliath. With that in mind, let us ascend this hill together!


The city was first settled approximately 4500 years ago by the Canaanites and represents one of the earliest examples of urban planning ever found (including fortification).

Over the next several millennia, the city expanded significantly and flourished as a city state which had its own king. Note that when people read about the “Land of Canaan” in the Bible, they think of a large kingdom encompassing most of modern Israel, but Canaan was actually made up of city states with their own kings, who were often at war with one another. About 3500 years ago, Egypt (under Pharoah Thutmose III) invaded and overtook the country, allowing the city-state kings to remain in power as long as they were loyal to the Egyptian crown. The various city-state Kings often wrote to their Egyptian overlords, accusing their rivals of “conspiring” against or being “disloyal” to Egypt. These series of letters (famously known as the El-Amarna letters) were discovered by an Egyptian peasant in 1887. One of the cities mentioned many times is Gath (11 of the letters found came from their rulers).

It was the Philistines, however, who made this site famous. Originally from the area of the Aegean Sea, these seafaring people left the Greek peninsula (circa 1200 BCE) during the Greek Dark Ages, a depression which lasted 800 years. They settled in Crete, where civilization had not yet collapsed (see Amos 9:7). Soon after, natural disasters (particularly volcanos) destroyed civilization on the island, causing them to leave. Around the same time, Egypt’s army collapsed due to the biblical Exodus from Egypt (when Pharoah’s army drowned), leaving a vacuum in Israel. The Jewish people entered from the Jordan River Opposite Jericho. They took over almost the entire mountainous region, while simultaneously, the Philistines entered from the Sea, taking over the entire southern coastal area.

Gath became one of the five principal Philistine cities (see Joshua 13:3 and 1 Samuel 6:17) along with Gaza, Ashkelon, Ashdod and Ekron.

Under the Philistines the city expanded exponentially, becoming one of the largest cities in all of the levant (at one point for a short period, it might have even been the largest). An unusually gigantic gate (and a fortress with massive stones) was recently unearthed from the time of David. It was through this very gate that the future king entered the city when running away from his father-in-law, King Saul, and had to feign insanity so that the ruler of Gath wouldn’t hurt him (see 1 Samuel 21:13).

Based upon its size, one can conclude that a giant must have built it (years later, when Aristotle saw a similar structure, he commented that only a giant could have built it). Indeed, after Joshua conquered Israel, many giants continued to live in Gath (see Joshua 11:22). The best-known giant was the infamous Goliath, the world’s most famous behemoth. His height was 6 cubits and a span, today equivalent to just under 13 feet (see 1 Samuel 17:4). Such a formidable gate with such a strong giant would have intimated anyone approaching! Later excavations at Gath uncovered an inscription with his name on it. Ultimately, David would slay Goliath in the greatest upset in history (even today in sports, a game between the top team and the underdog is referred to as “David vs Goliath”). For more on that fascinating battle, click here.

Another claim to fame for the ancient city was the fact that the holy Ark of the Covenant spent time here after the Philistines stole it. As G-d didn’t want the Philistines to be in possession of it, the city was struck with a plague, causing them to send the Ark away (see 1 Samuel 5: 8-10).

During the days of King Jehoash, King Hazael of Aram-Damascus captured the city (see 2 Kings: 12:18) and built a siege moat. Eventually, King Uzziah of Judah re-captured the city from them (see 2 Chronicles 26). An Earthquake (believed to be 8.2 on the Richter Scale) later destroyed the city (see Amos 1:1 and Zechariah 14:5. For more on that incredible event, click here).

During the days of King Hezekiah, the Assyrian empire invaded Judah but G-d performed a miracle, and the Assyrians were defeated (see 2 Chronicles 32 and 2 Kings: 19. For more on that miraculous event, click here). However, Gath was destroyed in the process.

For centuries, the hill was abandoned until the Persians built a small town here (nothing compared to the metropolis that existed here in Biblical times). During the Roman, Byzantine and early Muslim period, there was small-scale, limited activity at Gath.

In 1142 CE, the crusaders built a fortified castle on top of the hill. It was part of a series of fortresses, built to protect the roads to Jerusalem from the Muslim controlled city of Ashkelon.

The castle was called Blanche Garde due to the white chalk that makes up the natural bedrock of the site.

The castle was captured and destroyed by the legendary Muslim leader Saladin and remained largely abandoned until the Ottoman Turkish period (circa 1517-1917 CE), when a small Arab village was built on the Crusader ruins (using the stones which the crusader knights had quarried centuries earlier). In 1948 the village inhabitants, openly hostile to the creation of a Jewish State, left the town when the Arab Supreme Council asked them to do so, so that they could eliminate the Jews quickly (the inhabitants were told it would take about 6 weeks) after which they could return. Israel captured the town that summer, and for security reasons they had to level the town. However, one of the families (El-Azi) was very helpful to the IDF and as a result, they were given land in the surrounding area to build their village and grazing rights to this site (visitors to the site often see their descendants shepherding their livestock by the hill).

With a fascinating history, Biblical ruins, stunning scenery, pastoral quiet and (often) seasonal flowers, this site offers something for everyone. On your next trip to Israel, I highly recommend a visit here, so that you may walk through the same entrance gate as King David and other Biblical heroes! 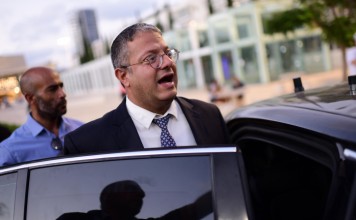 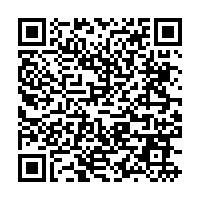