Media have arrived in overwhelming numbers to cover the visit of President Trump.
An impromptu press center has been set up at the Mamila Hotel in Jerusalem.
This provides an opportunity for people who live in Israel to walk into the hotel and meet reporters in the lobby from across the globe, and to tell the real, human story of the story behind the news in Israel.
There is no organized effort to acquaint  reporters with the people of Israel.
Organizations would rather complain about biased coverage than to meet  reporters, head on.
Take the initiative to meet journalists, listen to their questions, and to share insights that you have about your life and perspective as someone who lives in Israel.
I have lived in Israel for 46 years and worked with the press for 30 years.
Efforts of Israel’s detractors depend on no real contact with people who can tell their story of reality in Israel.
Yet the campaign to to demonize Jews who live in Israel,especially in Jerusalem, Judea and Samaria, has reached flood level.
28 well funded Jewish organizations now  promote Arab terror groups still at war with the Jewish state, presenting Israel’s adversaries in an innocuous manner.
These groups are not Kapos.
Kapos had guns to their heads: The new groups who work with Arab terrorists have bank transfers to their accounts.
What the media lacks is face-to-face contact with  people who live in Israel.
Arab media lobbies understand that. For that reason, the PLO and the NIF (New Ishmael Fund)  parade Arab human interest stories in front of reporters,  where terrorists are portrayed as activists and convicted murderers are introduced as political prisoners.
To say that reporters of today have little background is an understatement.
For that reason, our office has prepared a book of consolidated news pieces about the PLO which have  been ignored. We make that book available for you to hand to reporters. The title of that book; GENESIS OF THE PALESTINIAN AUTHORITY, edited by Bernhard Rosenberg and written by yours truly.
Begin with the absurd.
No one bothers to tell journalists who come to Jerusalem that there was barbed wire behind what today is the Mamilla Hotel which prevented Jews from walking into the Old City of Jerusalem, from 1949 until 1967, despite international assurances of guaranteed access to all.
Advertisement 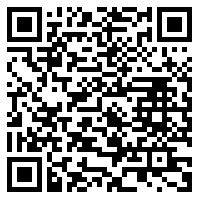