A number of Jewish organizations, led by Rabbi Avi Weiss of the Coalition for Jewish Concerns-AMCHA, will hold a solidarity rally with Israel on Thursday, October 15th at 12:30 PM outside of Israel’s Mission to the United Nations, located at 800 Second Avenue, between 42nd & 43rd Street.

Those attending the rally will gather with Israeli and American flags and demand an end to the terror in Israel.


“Our brothers and sisters in Israel are facing incessant terror attacks.  The murder of a rabbi and his wife in front of their 4 children.  Shooting and stabbing on a public bus.  Ramming cars into people waiting at a bus stop. From out of nowhere, more and more random stabbings. We declare loudly and clearly: Israel, you are not alone – we stand with you! The jihad against Israel must end,” said Rabbi Avi Weiss. 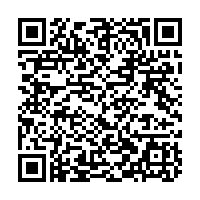