A few weeks ago I was sitting in a restaurant in London with an old student of mine. We keep in touch regularly and since he’s been through a tough time recently and I was in town, we met to catch up and schmooze.

Halfway through our fish and chips (well, what did you expect us to be eating?) he said something that astonished me. He recalled that I had spoken at the wedding of another former student some twenty-five years before and then he added, “I still remember the joke you told.”

I was so surprised, my eyebrows probably lifted so high in my forehead that they disappeared under my hairline. I asked him what the joke was and without any hesitation he reminded me:

A Catholic, a Protestant, and a Jew all file out of the heavenly courtroom. All three have been found guilty and sentenced to Gehennom.

A burly angel marches them to an elevator and the men stand shaking in their boots as the angel presses the “down” button.

Half an hour later, the elevator comes to a halt and the door opens. Outside there are bloodcurdling screams along with flames shooting into the air.

The angel turns to the terrified Protestant and orders him to get out. The door closes and the Jew and the Catholic look at each other in terror.

The elevator descends and a full hour later the door opens. The heat that floods the elevator is unbearable.

The screams from outside are louder and much worse than before and they can hardly breathe. The angel turns to the Catholic and says, “Out!”

The Catholic pleads but is thrown out. The door closes once more.

The angel presses the button and the elevator hurtles downward once again.

A full three hours later, the Jew feels the carriage slowing as he bites his fingernails and wipes the sweat from his horrified face. The door opens – and sunshine floods the carriage. There are green fields, gurgling streams, and people walking along laughing and smiling.

The Jew turns to the angel and stammers, “I don…I don’t understand!” To which he angel replies, “Its amazing what your people have achieved down here!”

Before I met my friend in London, I spent five days in Israel visiting two of my sons and their families. My oldest son lives in Jerusalem and my youngest, Moshe, lives in Givat Shmuel next to Bnei Brak.

He wanted to surprise me with a trip into Tel Aviv and the Whisky Bar & Museum in the Sarona Market. (For some reason he thought I’d be interested.)

I had not driven into downtown Tel Aviv since I was my son’s age, and it was quite an eye opener. I remember thinking “Where did all this come from?”

Tel Aviv is simply astonishing, as sophisticated a city as any I have seen. The place I knew as a teenager is long gone and you see amazing architectural edifices everywhere.

My nephew Jason works for a company in Tel Aviv that matches investors to Israeli start-ups. He runs conferences all over the world from Russia to New York with those keen to invest in some of the most exiting ideas bursting from some of Tel Aviv’s best minds. Jason is very, very busy.

In September, Tel Aviv “comes” to London – not its hi-tech sector but, as its organizers proclaim, its culture. The website of “TLV in LDN” says:

“Get ready for a taste of the ‘Big Orange’ [surely they didn’t write Big Orange?!] as Tel Aviv comes to London this autumn. Situated on the glittering Mediterranean coast and dubbed the ‘Miami of the Middle East,’ this vibrant Israeli city is a rising cosmopolitan metropolis of food, art, fashion, and nightlife. Bringing the best of the city to the UK, TLV in LDN offers a unique opportunity to experience its rich cultural landscape right on your doorstep.”

Security is of course a concern and demonstrations are inevitable. In August 2015, Paris held a “Tel Aviv on the Seine” event for one day as part of its week honoring different beach cities around the world. Pro-Palestinian protesters gathered nearby and staged “Gaza on the Seine,” complete with fake bloodstained bodies lying on the beach.

At the London event there will be musicians from every genre, artists, DJs, and a re-creation of the Tel Aviv LGBT beach party. Many of these events are taking place on Shabbat, of course; but this is, after all, “Tel Aviv culture” and is indistinguishable in its essentials from the culture of Paris, London, or New York.

Or is it? It is obviously a part of Tel Aviv culture, but certainly not all of it and – surprisingly – it may be a small part after all.

I recall a conversation I had with the much-respected former Israeli chief rabbi Rav Yisrael Meir Lau, who has also served two terms as chief rabbi of Tel Aviv.

Rabbi Lau told me of an idea he had, which demonstrated his own innovative Tel Aviv mind, that pushed him to challenge the stereotypes of his large “congregation.”

He commissioned a survey of the religiosity of the inhabitants of Israel’s famously secular city and the results were startling. The vast majority held traditional Orthodox views when it came to religion. They considered keeping Shabbat and kashrut very important. Most believed observing Yom Kippur was essential.

Of course this was a while ago and surveys need to be kept up to date to be reliable. Still, I wonder if it is, in its own way, a taste of the “Big Orange.” (I thought if I wrote that phrase a second time it would grow on me. It didn’t). Perhaps this reflection of important aspects of Tel Aviv and its culture will not be absent from September’s TLV in LDN.

For a start, a large number of those coming, like my son and his family or my nephew and his, would not be there on Shabbat. And the art they would want to display would have traditional Jewish themes like Shabbat, kashrut, and Yom Kippur. The music too would be clearly distinguishable in its essentials from the culture and outlook of Paris, London, and New York.

It certainly would be a nice touch, wouldn’t it?

Visiting Tel Aviv, I could not help but be struck by the high-rise office blocks and superb architecture. It’s impossible not to be impressed at how it has morphed into the start-up center of the world. The phrase “Its amazing what your people have achieved here!” is a perfect fit.

Yet it’s what Tel Aviv’s residents have held onto from their Jewish past in their hi-tech Jewish present that, for me, makes the place truly amazing. 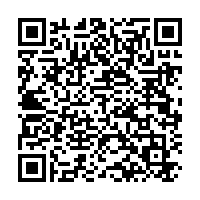