This morning, I sat in my least favorite place on the entire planet.

It’s not that my dentist isn’t exceedingly kind and gifted; nothing could be further from the truth! But over a lifetime of acquaintance with fillers and extractors of teeth, my enthusiasm for sitting in a dentist’s office experience has not improved one teeny bit.


The dentist inserted a needle into my gum, and it hit a nerve. I jumped about a foot from the chair. Afterwards, half my mouth expressed its outrage and went on strike. I couldn’t taste on one side, and I couldn’t swallow well either.

Next came trying to speak.

“How was it, honey?” asked my wife when I came home. “Spigjzfloop gungkospit,” I replied. It was hopeless. All communication was suspended for four hours.

That was a pity, as someone called to ask if I was interested in being the rabbi on a forthcoming cruise to the Caribbean. “Wow!” I thought, as my eyes lit up. I immediately told him, “Thurtz widbi grit.” “Oh!” he replied, “Well, perhaps another time,” and hung up.

I am not blaming my dentist, you understand. She didn’t mean to make me leap into the air or lose that cruise. She was trying to help me.

I was speaking a few weeks ago at a Shabbaton. During the weekend, I told a story about a child I had helped whom I referred to as mentally retarded. Two or three people in my audience looked as though a dentist’s needle had hit nerves in their gums. I had forgotten. In America this phrase, which is perfectly acceptable where I come from, is totally unacceptable.

The currently acceptable phrase is “intellectually disabled,” which of course has precisely the same meaning as “mentally retarded.” One nice fellow guessed that my Scottish background led me to this slip-up. He conceded that there was no difference between the two phrases, but said the old phrase was used pejoratively and as an insult.

I couldn’t help wondering how anyone would be less offended if someone called him or her intellectually disabled instead. My new friend agreed, but warned me that lots of people would be very offended if I used the old term instead of the identical new one.

And that, of course, is the whole point. There are so many people, especially young folk, who simply can’t wait to be offended. Once they are, they will often treat the offender to verbal attacks of such viciousness as to make the original offence pale in comparison.

Many years ago, in the UK, I appeared on a BBC TV show to discuss religion and humor, alongside John Cleese (of Monty Python fame) and others. I argued that a simple formula should be applied before one starts persecuting and vilifying someone who has broken the inviolable rules of Political Correctness.

Is the word or phrase unambiguously offensive (think of the “N” word)? Did the person mean to offend anyone? Lastly, is it certain that he was aware his choice of words might cause offense?

Unless you can answer a resounding “yes” to all three questions, I claimed, there are no grounds for a reasonable person to start jumping up and down in his or her seat.

But sadly, we don’t live in an age of reasonable people. Lots and lots of people want to be offended. They relish it. It allows them to express their moral outrage and superiority. But that moral superiority springs from a worldview, and a political view, that not everyone shares. In fact, fewer people share this perspective than you probably believe.

Last month’s Atlantic magazine ran a piece by Yascha Mounk, a lecturer at Harvard University, titled “Americans Strongly Dislike PC Culture.” According to recent research, Mounk writes, fully two-thirds of Americans who do not belong to the highly politicized classes of either the Republican Right or the smaller but noisier Democratic Left, strongly dislike political correctness.

Hurray! Who knew? Most Americans are down to earth, have common sense, and are happy to be flexible. They are content to stay sitting in their seats when someone uses a phrase the P.C. Brigade thinks deserves capital punishment for uttering.

And you can forget about racial assumptions, too. Although 79 percent of whites believe political correctness is a problem Asians, Hispanics, and American Indians dislike it even more (82 percent, 87 percent, and 88 percent, respectively).

As one American Indian said to researchers, “Do you say Jew? Or Jewish? Is it a black guy? African-American? … You are on your toes because you never know what to say.”

That’s something to bear in mind the next time someone says something that has the person in the next seat leaping from his or her chair. If the word or phrase is not unambiguously offensive, if he or she did not mean to offend anyone and could easily be unaware that the choice of words would cause offense, tell the irate individual to sit down.

There is absolutely no reason to be upset. That’s something most Americans, the “exhausted majority,” totally agree on. 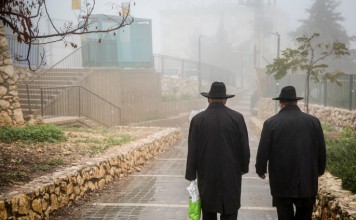