The current issue of Commentary magazine tells of sordid – and possibly criminal – Obama administration efforts to alter some files of the George W. Bush administration that refer to Jerusalem as being part of Israel. The article also adds a fascinating footnote to the much-publicized Zivotofsky case.

It will be recalled that, pursuant to a federal statute that required the State Department to list “Israel” as the country of birth of U.S. citizens born in Jerusalem if so requested, the parents of Menachem Zivotofsky applied for that recordation on his behalf.


The State Department denied the request on the grounds that the U.S. does not recognize Jerusalem as the capital of Israel and that such a designation would be tantamount to U.S. recognition and therefore an unconstitutional Congressional intrusion on the powers of the president in setting American foreign policy.

However, the Commentary article, “Capital Offense: The Obama Administration and its Jerusalem Problem” by Omri Ceren, reports that in the course of the litigation in the matter, and shortly in advance of its Supreme Court phase, the Obama administration seems to have “scrubbed” Bush-era documents to eliminate existing references to Jerusalem as part of Israel, apparently fearing the references would belie its position on the significance of the passport designation. According to the article,

When “the White House’s tactics sparked accusations of a cover-up,” writes Ceren, “the administration claimed [the references] were simply a mistake, and that neither the Obama administration nor any prior administration ever referenced ‘Jerusalem, Israel’ in official documents.”

However, Ceren continues,I uncovered several references to “Jerusalem, Israel” throughout the web pages of the George W. Bush presidency…. Politico later found dozens of documents stretching back to the Nixon administration, including the official daily diaries of presidents visiting the city, stamped “Jerusalem, Israel.”

Ceren said the documents he and Politico uncovered “were on archive servers beyond the administration’s control. But there were other servers, including those run by the State Department, that were within the administration’s reach” which related to pre-Obama presidencies:

There had been pre-Obama documents on the State Department servers that mentioned “Jerusalem, Israel.” Two documents listing the locations of American consulates, one from 2002 and one from 2003, placed the U.S. consulate in Jerusalem in “Israel.” Some time after the controversy began in 2011, somebody went back to those documents and scrubbed them to read only “Jerusalem.”…. Thus, while some administration officials were telling reporters and the public that there were no Bush-era documents referencing “Jerusalem, Israel,” other administration officials were busy scrubbing Bush-era documents referencing “Jerusalem, Israel.” Such digital alteration is no small task. Somebody at the State Department had to go back to the original 2002 and 2003 documents, convert them into PDF files, then upload the new ones to the State Department servers under the same file names as the old documents.

Federal law makes it a criminal offense to tamper with federal documents. In 2004, Sandy Berger, former national security adviser to President Clinton, narrowly avoided prison but paid a fine of $50,000 and lost his law license for pilfering archived documents.

Further, the position the Obama administration has presented to the Supreme Court and other federal courts is that the designation of Jerusalem as part of Israel would signify U.S. recognition as a matter of foreign policy. Yet the above-mentioned references to Jerusalem were made at the same time that previous administrations refused to officially recognize the city as part of Israel. This is a story with legs. 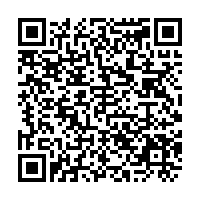