We have long been dismayed by the trust some prominent Jewish groups place in the established non-evangelical Protestant Christian denominations. Aside from some occasional and perfunctory conciliatory statements on minor matters offered by the denominational leaders, the relationship has never become a true dialogue but rather an embarrassing, self-conscious cry for acceptance from insecure Jews.

This week the Jewish end of the “interreligious community” received yet another jolt from their Protestant colleagues.


The Jewish Telegraphic Agency reported that fifteen leaders of mainline U.S. Protestant churches and faith-based groups have written to Congress seeking a reevaluation of U.S. military aid to Israel. The leaders represented the Lutheran, Methodist and United Church of Christ denominations and the National Council of Churches umbrella group. They wrote:

As Christian leaders in the United States, it is our moral responsibility to question the continuation of unconditional U.S. military assistance to the government of Israel. Realizing a just and lasting peace will require this accountability, as continued U.S. military assistance to Israel – offered without conditions or accountability – will only serve to sustain the status quo and Israel’s military occupation of the Palestinian territories….

We write to you as Christian leaders representing U.S. churches and religious organizations committed to seeking a just peace for Israelis and Palestinians…. [We have] worked alongside our Palestinian Christian sisters and brothers to help build a peaceful and resilient Palestinian civil society….

According to JTA, “The Rabbinical Assembly, the international umbrella organization of Conservative rabbis, called for a reevaluation of the interfaith partnerships between the assembly and the denominations represented in the letter.”

The letter calling for…reassessment was issued without outreach to longtime partners in public advocacy within the Jewish community. It was released on the eve of Shabbat, just before a long weekend of Jewish and American holidays. And it was distributed at a time when Congress is out of session, in the midst of the general election campaign…. We find these tactics to be disrespectful of channels of communication that have been constructed over decades, and an essential declaration of separation from the endeavor of interfaith consultation on matters of deep concern to the Jewish community. Indeed, we find this breach of trust be so egregious that we wonder if it may not warrant an examination on the part of the Jewish community at large of these partnerships is that we understood ourselves to be working diligently to preserve and protect.

The American Jewish Committee, for its part, declared itself outraged. The AJC director of interreligious and intergroup relations said, “When religious liberty and safety of Christians across the Middle East are threatened by the repercussions of the Arab Spring, these Christian leaders have chosen to initiate a polemic against Israel, a country that protects religious freedom and expression for Christians, Muslims and others.”

You have to wonder what progress these misguided liberal Jewish leaders believe was made all these years by pretending that liberal churchmen were really interested in a dialogue. (Many of these same liberal leaders, mind you, denigrate and dismiss evangelical Christians for their conservative social stances, not caring in the least that the evangelicals are a mighty pro-Israel counterforce to the liberal Protestants.)

Sadly, there’s nothing new in any of this. Way back in 1967, less than a month after the end of the Six-Day War, the executive committee of the National Council of Churches released a statement lambasting Israel for the “unilateral retention of lands she has occupied since June 5.”

And in a July 7, 1967 letter to The New York Times, Dr. Henry P. Van Dusen, a former president of Union Theological Seminary, the academic centerpiece of liberal Protestantism in America, stated:

All persons who seek to view the Middle East problem with honesty and objectivity will stand aghast at Israel’s onslaught, the most violent, ruthless (and successful) aggression since Hitler’s blitzkrieg across Western Europe in the summer of 1940, aiming not at victory but at annihilation.

It’s about time the interreligionists learned their lesson. 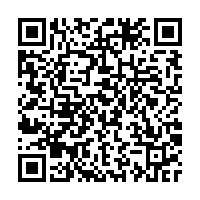