Once again we thank The Jewish Press and its many readers for helping to make a success of our Erev Pesach Falafel Campaign for poor Israeli families.

Thanks to the generosity of Jewish Press readers, this year we were able to send 52 families – that’s almost 500 people – to our local falafel store for a falafel, French fries and a drink.


Jewish Press readers can be found in an amazing range of places. We received checks from New York, New Jersey, Pennsylvania, California and several other states, as well as from Canada and Israel.

Checks that came in too late for the Falafel Fund will be applied to our Shavuos Cheesecake Fund, which gives the ingredients (and recipe) for a healthy no-bake cheesecake to poor families.

I too was born to immigrants, though my parents came to America in the 1920s. I was born in 1928 and quickly took to the game of baseball. Being considerably older than Mr. Maoz, my heroes were Babe Ruth and Lou Gehrig and Joe DiMaggio.

Though I lived in Brooklyn and was surrounded by Dodgers fans, I was a fan of the New York Yankees right from the start. I did love Jackie Robinson, though, and went to quite a few Dodgers games at Ebbets field to cheer him on. So naturally I was quite taken with Ami Eden’s April 19 op-ed (“Remembering Jackie Robinson’s Fight Against Anti-Semitism”).

Jews in particular had a real soft spot for Jackie – in fact, it was common to hear Jewish fans at Ebbets Field affectionately refer to him as “Yankel,” calling out “Yankel, get a hit!” or “Steal the base, Yankel!”

As an Orthodox baseball fan I salute The Jewish Press for articles like Mr. Maoz’s and Mr. Eden’s, and of course for Irwin Cohen’s Baseball Insider column, which I wish would appear more than once a month.

Isaac Kohn was exceedingly harsh in castigating the haredi parties (UTJ and Shas) for alleged hypocrisy and treachery (“The Ultimate in Audacity,” op-ed, April 19).

Kohn needs to examine objectively the history and mitigating circumstances, which will put everything in a more favorable light and illuminate the haredi parties’ shining altruism and glowing righteousness.

For example, while Kohn decried UTJ’s collaboration in the 2005 destruction (in Gaza and Shomron) of flourishing Jewish communities, synagogues, yeshivas, kollelim, the expulsion of ten thousand Jews from their homes, the loss of their livelihood and also the uprooting of fifty deceased Jews from their graves, he neglected to mention that in exchange for this collaboration UTJ received approximately $60 million for their worthy and special pet projects, including kollelim.

Now, is it at all reasonable to expect the UTJ haredi party to forgo $60 million in order to save some ten thousand Jews who wouldn’t vote for them anyway?

Likewise, in faulting Shas for collaborating in the withdrawal from Hebron, Kohn doesn’t mention that Hebron was sacrificed in a deal between Shas and Netanyahu that required the latter to appoint an attorney general who would agree not to prosecute Shas political leader Aryeh Deri for bribery. In the end Netanyahu couldn’t complete his part of the bargain and Deri ended up serving two years in jail, but only because of a booming hue and cry that arose from the public. So Netanyahu, his face plastered with omelets, was forced to withdraw the appointment.

Now, is it at all reasonable to fault the Shas haredi party for sacrificing Hebron in favor of “pidyon shevuyim” so their leader could avoid time in the slammer?

Free speech pretty much means one thing: you can speak without government penalty. You can get on your soapbox in the public park, blog on your blog, write your letters, and send your e-mails. What you are not entitled to is kavod. You do not have the right to be invited to address a private forums, such as synagogues. The notion that Pamela Geller is being censored, in any way, shape or form, is absurd. Her blog has hundreds of thousands of followers. She has been on Fox News dozens of times. She speaks in many conservative fora. 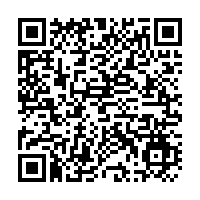