This inaction has resulted in the dangerous perception that Modern Orthodoxy has no standards and that any rabbi who has a popular following can decide when and how to make major departures from longstanding Orthodox practice.

I have no doubt that Rav Soloveitchik, as he did in his lifetime, would have spoken against the outliers’ drift toward Conservative Judaism in their embrace of non-halachic conversions, interdenominational dialogue, and women rabbis (among other troubling developments).


As was pointed out in the editorial, only the RCA, the OU and Yeshiva University have the standing and the influence to stanch the drift.

The Rav On Women Wearing Tefillin

“Who Speaks for Modern Orthodoxy?” was on target, especially in its recognition of the silence of the OU, the RCA, and the roshei yeshiva of YU.

I’d like to share a story about women wearing tefillin that involved Rabbi Yosef Dov Soloveitchik, recounted by Rabbis Aryeh and Dov Frimer in their article “Women’s Prayer Services – Theory and Practice” in the Winter 1998 issue of Tradition:

R. Soloveitchik believed he had good reason to doubt that greater fulfillment of mitzvot motivated many of these women, as illustrated in the following story, related to us by R. Yehuda Kelemer, former rabbi of the Young Israel of Brookline, Massachusetts.

During the mid-1970s, one of R. Kelemer’s woman congregants at the Young Israel of Brookline was interested in wearing a tallit and tzitzit during the prayer services. After R. Kelemer had expressed to her his hesitations about the matter, she approached R. Soloveitchik – who lived in Brookline – on the matter.

The Rav explained that in light of the novelty of the action, it needed to be adopted gradually. Accordingly, he suggested that she first try wearing a tallit without tzitzit (which is, of course, allowed for women.) The Rav asked the woman to return to him after three months, at which time they would discuss the matter further.

When the two met once again, she described to R. Soloveitchik the magnificent nature of her religious experience in wearing the tallit. The Rav pointed out to the woman that wearing a tallit without tzitzit lacked any halachically authentic element of mitzvah. It was obvious, therefore, that what generated her sense of “religious high” was not an enhanced kiyyum hamitzvah, but something else. Under such circumstances, the Rav maintained, wearing a tallit was an inappropriate use of the mitzvah. Consequently, the Rav forbade the woman from wearing a tallit with tzitzit. 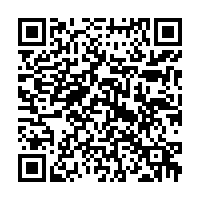