A more rational approach is to listen to those in Congress who have corrupted the system for their own benefit. By repeatedly expressing their opposition, even hatred, for Ted Cruz, they are attesting to the fact they fear him most. This is because he has repeatedly and courageously stood up to Congress in opposition to its unconstitutional takeover of healthcare, education, the economy, and every dollar it can get its hands on, including borrowing billions from children yet unborn.

Republicans dedicated to the cause of constitutional government need to rally around Ted Cruz and every primary challenger to self-serving congressmen and senators who have abandoned the Constitution.

This is the clearest pathway to restoring our Constitution, which is dedicated to “secure the blessings of liberty to ourselves and our posterity.”

Rabbi Elchanan Poupko (“Achieving a Viable Modern Orthodoxy,” op-ed, March 11) should be commended for his straightforward approach to the challenges of living as a Modern Orthodox Jew from a financial standpoint. The frustration felt by rabbis, lay leaders, school executives, et al. is palpable and has expressed itself across multiple forums and platforms, both private and public.

I have seen these issues up close as a member of a finance/tuition committee of a day school in Baltimore, as well as a founder of Mesila Baltimore, an organization dedicated to assisting people with balancing budgets and developing sound financial habits.

Unfortunately, while I think Rabbi Poupko is correct that attitudes need to change and that the difference between “needs” and “wants” is a crucial element to financial responsibility, the reality is that the core infrastructural costs are likely not going to diminish in the near future.

It goes without saying that we all hope for the day in which day school parents can secure some form of government funding to alleviate their tuition burden, and there are many noted and devoted askanim working toward that goal every day. The reality is that until that happens, acceptance of “the local Chabad rebbetzin, or members of the neighborhood kollel, teaching our children Chumash despite the lack of an advanced degree” will at best nibble around the edges of a very challenging cost infrastructure.

It seems that until we have found a way to fundamentally alter the funding structures of our institutions, the most realistic way to tackle these challenges is to increase the inflow of our capital into our families and communities. To that end, I would point to an organization with which I have become involved called The Jewish Entrepreneur (www.tjenetwork.com).

The goal of TJE is very simple: to match business (or potential business) owners, large and small, with other successful business owners who have “already been there and done that.” Entrepreneurship is probably the fastest growing “profession” in our community and it is crucial that as a community we provide the tools to succeed to those who need it. All TJE services are pro-bono.

In the year since our inception we have matched over 130 business owners with a mentor and results have been extraordinary, with a better than 92 percent satisfaction rate and hundreds of thousands, if not millions, of dollars of growth resulting from the partnerships.

Every individual who grows a successful business or practice has a ripple effect on our community. They become a tuition-paying family, freeing up scholarship money for others; they hire people and provide well-paying jobs and support for other families; and as their business grows they become the next generation of supporters of our institutions.

To find out more about the TJE mentoring program, or to volunteer as a mentor, visit our website tjenetwork.com or contact Sam Schnitzer at s.schnitzer@tjenetwork.com 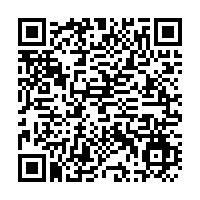