Reaction some months back to the Monitor’s Summer Reading List (June 23) was gratifying enough to warrant a list of recommended books for intelligent readers during the coming cold-weather months. The previous list concentrated on books about the Middle East; this one focuses on politics, New York and national.

There are no recent releases here because a list like this should be comprised of titles that have stood the test of time. Most of the books are out of print but can be found either at a good public library or for a reasonable price at Amazon.com.

The Campaign (Evan J. Mandery, Westview Press, 1999). Memorable books on specific New York mayoral campaigns have been few and far between (William F. Buckley’s The Unmaking of a Mayor and the late Joe Flaherty’s Managing Mailer are two that come to mind), which makes this behind-the-scenes look at mayoral politics all the more welcome. Author Mandery, who worked on Ruth Messinger’s insipid 1997 campaign, combines a dry sense of humor with a careful eye for detail.

The Streets Were Paved With Gold (Ken Auletta, Random House, 1979). The definitive study of how New York’s foolish fiscal policies, fueled by the reflexive liberalism of politicians and the rapacious greed of union bosses, brought the city to the brink of bankruptcy.

The Closest of Strangers: Liberalism and the Politics of Race in New York (Jim Sleeper, W.W. Norton & Company, 1989). Well-written account of how racial politics paralyzed city government in the 1970’s and 80’s. Reading it now gives one a new appreciation for Mayor Giuliani’s accomplishments in the 90’s.

The Ungovernable City (Vincent Cannato, Basic Books, 2001). Unsentimental account of how all the good intentions in the world were not enough to save John Lindsay’s New York from spiraling out of control in the late 60’s and early 70’s.

The Power Broker (Robert Caro, Knopf, 1974). Classic biography of Robert Moses, the man who literally built 20th century New York. This massive (1,246 pages in the hardcover edition) study offers an education in the nuts and bolts of municipal politics.

Safire’s New Political Dictionary (William Safire, Random House, 1993). More than 1,800 political terms defined and explained in Safire’s signature erudite style. The 1993 version is the fourth, and most recent, edition of what was originally titled “The New Language of Politics” when first published in 1968. An invaluable reference tool.

What It Takes: The Way to the White House (Richard Ben Cramer, Random House, 1992). An idiosyncratic look at the 1988 presidential campaign and by far the best book yet written about a national election.

Hell of a Ride: Backstage at the White House Follies (John Podhoretz, Simon & Schuster, 1993). Hilarious insider look at the political ineptitude of George Bush the elder. Podhoretz writes from the perspective of a young conservative who watched with incredulity as Bush spurned Ronald Reagan’s legacy and went from a 90% approval rating in mid-1991 to losing his bid for reelection a year and a half later.

Our Country: The Shaping of America from Roosevelt to Reagan (Michael Barone, Free Press, 1990). A thorough, readable political history of America from the thirties through the eighties. Barone details the country’s ideological shifts and provides incisive portraits of various national leaders.

Before the Storm: Barry Goldwater and the Unmaking of the American Consensus (Rick Perlstein, Hill & Wang, 2001). A colorful account of how the conservative icon Barry Goldwater came to capture the 1964 Republican nomination and then go down to a crushing defeat at the hands of President Lyndon Johnson – only to see his political philosophy triumph 16 years later. 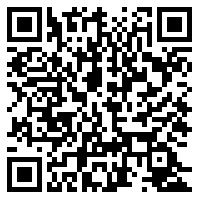