Love him or hate him, 2017 was a year dominated by President Donald Trump. The U.S.-Israel relationship was no stranger to that, ranging from Trump’s visit to the Jewish state in May to his historic decision on Jerusalem in December. At the same time, some of this year’s other major stories in the Israeli-American arena had little or nothing to do with Trump.

JNS takes a look back at the following five key moments in U.S.-Israel relations during the past year:

On Dec. 6, Trump recognized Jerusalem as the Israeli capital and declared plans to eventually move the U.S. Embassy in Israel to that city. The president called the policy changes “long overdue” and said recognition of Jerusalem as the capital is “obvious” given that all of Israel’s government functions—from the Knesset to the prime minister’s residence—are located there.

“This is nothing more or less than a recognition of reality,” said Trump. “It is also the right thing to do.”

Prime Minister Benjamin Netanyahu said Trump’s decision reflects the “commitment to an ancient but enduring truth, to fulfilling his promises and to advancing peace.”

Trump made Israel one of his first visits abroad as president when he touched down in the Jewish state in late May to much pomp and circumstance. Trump’s trip included the first visit to the Western Wall—one of Judaism’s holiest sites—by a sitting American president.

The visit did not come without controversy. A U.S. official’s remark that the Western Wall is part of the West Bank and not Israel stirred Israeli-American tension before the White House disavowed the comments.

The Israeli cabinet in June decided to freeze an agreement for a permanent egalitarian prayer section, jointly overseen by non-Orthodox Jewish groups, at the Western Wall. The move by the Israeli government, which reneged on a January 2016 agreement, sparked a crisis between the government and Diaspora Jewry.

Israeli Diaspora Affairs Minister Naftali Bennett admitted that “mistakes were made” by the government in its decision, but said the controversy largely resulted from a “campaign of misinformation claiming the [Western Wall] is being closed to Diaspora Jews…This is false.”

U.S. Ambassador to the U.N. Nikki Haley on stage at the AIPAC conference in March. Credit: AIPAC.

Trump’s Ambassador to the United Nations Nikki Haley has been determined to change the culture of bias against Israel at the world body. At the AIPAC Policy Conference in March, Haley described herself as the “new sheriff in town” and vowed regarding anti-Israel elements that she would “kick them every single time” they display their bias.

Indeed, Haley has taken aim at U.N. bodies that have repeatedly and disproportionately targeted Israel, including the Human Rights Council and the UNESCO cultural agency. In October, the U.S. announced that it would pull out of UNESCO due to its “anti-Israel bias.”

In the wake of Trump’s announcement on Jerusalem, Haley blamed the world body for being the real obstacle to Israeli-Palestinian peace and vetoed a U.N. Security Council resolution that called for the withdrawal of the U.S. recognition of Jerusalem. When the same resolution was passed by the U.N. General Assembly, Haley said the vote “will be remembered.” Before the General Assembly vote, she said the U.S. would be “taking names” of countries that supported the U.N. condemnation of Trump’s Jerusalem move.

Less than a year after receiving its first nine F-35 stealth fighter jets from the U.S., the Israeli military declared the fleet of aircraft fully operational in early December.

“The announcement of the operationalization of the ‘Adir’ aircraft comes at a time in which the IAF is operating on a large scale on a number of fronts in a dynamic Middle East,” said Israeli Air Force chief Maj. Gen. Amikam Norkin.

Israel has agreed to purchase 50 of the F-35 jets from the U.S. and was the first foreign country permitted to acquire the advanced warplanes, at a cost of roughly $100 million each.

Tal Inbar, who heads the space research center at the Israel-based Fisher Institute for Air and Space Strategic Studies, told JNS regarding the F-35 that the “technological jump of the plane compared to all other planes in the [Middle East] is enormous, but the jump in operational capabilities is no less important. The freedom of maneuver that the air force gets has been significantly strengthened.” 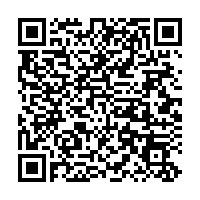