“We should have bombed it.”

With those five words, President Bush helped shatter one of the most enduring myths of the Holocaust – the notion that U.S. forces were unable to reach and destroy Auschwitz.


On his visit to Israel’s Yad Vashem Holocaust Memorial on January 11, the president viewed an enlargement of an aerial reconnaissance photograph of Auschwitz that was taken in the spring of 1944. Mr. Bush then turned to Secretary of State Condoleezza Rice and remarked, “We should have bombed it.”

But was “should have” necessarily the same as “could have”?

For many years after World War II, the popular assumption in the United States was that the answer to that question was negative. President Franklin D. Roosevelt was the hero who guided his country out of the Great Depression and led it to the verge of victory in the war, only to die in office. With his reputation as a humanitarian, it was assumed that he must have done whatever was feasible to save Jews from the Holocaust.

Three decades later, the truth about the bombing issue was finally revealed. In 1978, David S. Wyman, a Harvard-trained scholar – and, incidentally, a Christian – authored a groundbreaking essay in Commentary magazine titled “Why Auschwitz Was Never Bombed.”

Wyman was the first historian to examine the internal records of the U.S. War Department to determine the real reasons behind the administration’s refusal to bomb Auschwitz. He was also the first to reveal the incredible fact that U.S. bombers did repeatedly strike the Auschwitz area – but not in order to stop the mass murder of Jews.

The aerial reconnaissance photo that President Bush viewed exists because U.S. planes flew directly over Auschwitz in the spring of 1944, taking surveillance photos in preparation for bombing. Not for bombing the gas chambers or crematoria – rather, for bombing German oil factories nearby, some of them fewer than five miles away.

The Roosevelt administration knew about the mass murder going on in Auschwitz, and even possessed diagrams of the camp that were prepared by two escapees. But when Jewish organizations asked the War Department to order the bombing of the camp or the railways leading to it, the requests were rejected. U.S. officials claimed such raids were “impracticable” because they would require “considerable diversion” of planes needed for the war effort.

But in fact, with U.S. bombers already flying over Auschwitz to attack the oil factories, no “diversion” would have been necessary to hit the gas chambers or railway lines. The planes were already there.

There are those who question whether such a bombing have made a difference – after all, by the time the U.S. had the ability to reach Auschwitz, in the spring of 1944, the war was nearly over and most of the Six Million were already dead. But it is important to remember that during the same period that U.S. bombers were flying over Auschwitz, more than 400,000 Hungarian Jews were deported to the death camp.

Even after the Hungarian deportations ended, approximately 150,000 more Jews were gassed in Auschwitz. Bombing the railways on which they were transported, or the gas chambers in which they were murdered, could have saved many lives.

As Prof. Wyman explained in his 1984 bestseller The Abandonment of the Jews, the U.S. refusal to bomb Auschwitz was part of a broader policy by the Roosevelt administration to refrain from taking action to rescue Jews from the Nazis or provide havens for them. The U.S. did not want to deal with the burden of caring for large numbers of refugees. And its ally, Great Britain, would not open the doors to Palestine to the Jews, for fear of angering Arab opinion. The result was that the Allies turned away from one of history’s most compelling moral challenges.

President Bush joins a growing list of American leaders who have acknowledged that the U.S. should have bombed Auschwitz.

According to the Jerusalem Post, Secretary of State Cyrus Vance, visiting Yad Vashem on February 16, 1977, “showed particular interest in a letter written by a deputy U.S. defense secretary stating that he would not allow the bombing of Auschwitz which had been called for to save the concentration camp inmates. ‘Even my country didn’t act,’ Vance said with emotion.” 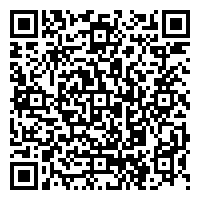