Mahmoud Abbas has been president of the Palestinian Authority for 16 years, and in its name he rules over the Palestinian population in Judea and Samaria. He has vigorously avoided holding elections, despite having originally been elected for a four-year term, apparently not feeling he needs them to maintain his legitimacy in the eyes of the world or his subjects.

It was always possible to blame Israel for impeding elections, but truth be told Abbas himself didn’t want them, and even feared them. After all, the last elections, in 2006, were calamitous for him and the Palestinians in general, with the Hamas terror movement winning a majority, paving its path to seize control of the Gaza Strip. Today, the only barrier between Hamas and Abbas’s seat in Ramallah is the Israeli security forces, a fact of which Abbas is well aware.


Now, however, he has altered course and even reached an agreement with Hamas, albeit a rather suspicious one.

We can hardly assume Abbas has suddenly decided to trust Hamas. Nor does the Palestinian population appear overly eager or even interested in elections. Certainly there is no ground-level pressure to hold them.

Abbas will celebrate his 86th birthday this year—not the age at which one embarks on a new political career or goes to elections. And generally speaking, in the Palestinian Authority as in other parts of the Arab world, leaders aren’t chosen in elections in any case, but are rather decided upon behind the scenes—and sometimes after violent, bloody power struggles. Elections are just for appearances, to lend legitimacy to leaders who have in fact already won power.

It’s possible the election announcement was intended for the ears of the new tenant in the White House, with the aim of ushering in a new era of relations between the Palestinians and Washington. Indeed, Biden’s administration will likely be more receptive than its predecessor to a well-rehearsed pretense of democracy.

Either way, these declared elections in the Palestinian Authority pose a dilemma for Israel. In 2006, under pressure from the friendly administration of George W. Bush, Israel allowed Hamas to run, despite the terrorist organization’s refusal to recognize the Oslo Accords. The results are history, and Israel cannot afford to fall into the same trap or succumb to similar pressure.

At any rate, it’s doubtful they will be held. But even if the Palestinians do head to voting stations, at the very most these elections might change some of the faces we have grown accustomed to—they certainly won’t bring about any real change on the ground. 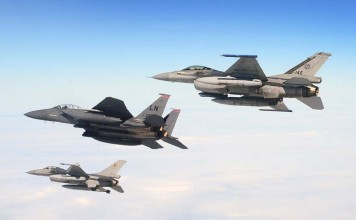