On the day French President Nicolas Sarkozy told members of the Israeli Knesset that Jerusalem had to be divided, an Orthodox Jewish teenager was in intensive care in a Paris hospital after he was beaten by an anti-Semitic mob. I found it ironic that a man who is unable to protect the Jews of his own country has the gall to tell Israel’s leaders how best to conduct their internal and external foreign policy.

When contemplating how I, as president of the National Council of Young Israel, should respond to Sarkozy’s remarks about Jerusalem, my first thoughts were of Charles de Gaulle, who was dedicated to the reunification of France during World War II. The United States had actually recognized Nazi-controlled Vichy France as the official government of France; yet, General de Gaulle never gave up. The allies won the war and France was reunited.


Imagine then how absurd it would be if 60 years later, an American president visited France, stood before its parliament, and advocated a two-state solution. Charles de Gaulle never forgot the lessons of World War II and he never permitted France to be fully integrated into the North Atlantic Treaty Organization (NATO).

Dr. George Friedman wrote in The Geopolitics of France that de Gaulle believed that neither France nor any other country could be expected “to relinquish its sovereign right to national security to a multi-national organization.” His reluctance regarding NATO was based on “an unwillingness to abandon French sovereignty again, regardless of the reason” and “to keep from basing France’s sovereignty on the self interest of any other nation, knowing that, in the end, no commitment could cause a nation to act in any way other than for its own interest [emphasis added].”

His theory of the reality of foreign affairs was based, in part, on his image of the abandonment of France by the allies at Dunkirk in the early part of World War II.

Apply de Gaulle’s foreign policy philosophy to Israel. The British left in 1948 having trained Jordanian troops and having left a lot of military equipment in Jordanian control. Even the United States had a military embargo against Israel. The United Nations troops that were placed in the Sinai Desert after the 1956 war were not to be removed unless both Israel and Egypt agreed. Egyptian President Gamal Abdul Nasser told the UN to remove those troops, and it did. While Nasser ended up paying dearly for his error in the Six-Day War, the UN failed in its mission to keep the peace between Israel and Egypt.

We can continue with the examples of Oslo and Wye — both failures. Prime Minister Yitzhak Rabin agreed to arm the Palestinians who turned around and used those very weapons to attack Israel. After the most recent war in Lebanon, the peace was to be kept by the UN, which was supposed to prevent Hizbullah from rearming. Not only has Hizbullah rearmed, it has hijacked Lebanese democracy right under the noses of the UN troops. Israel disengaged from Gaza only to come under heavy missile attack on a daily basis from Hamas forces in Gaza.

De Gaulle was correct. In the end, no commitment could cause a nation (or the United Nations) to act in any way other than in its own self interest. President Sarkozy must pander to the large anti-West population in France. The United Nations has always been pro-Arab and anti-Israel. For that matter, Israel should never forget how de Gaulle himself turned on Israel to foster his political self-interest.

Many will explain Sarkozy’s remarks as merely reflecting the policies of Prime Minister Olmert and his Kadima party. Yet, as much as many Israelis would like to see Olmert and Kadima replaced, he and it are the democratically elected prime minister and government of Israel. President Sarkozy had no right to disrespect Israeli democracy and to tell Israel how to conduct its foreign policy while a guest in the Knesset.

Late last month it was made public that Israel had conducted military exercises that may well have been training missions for an attack on Iran’s nuclear reactor. Perhaps now would be a good time to remind the world that the biggest threat to world peace has been brought to us by the French. 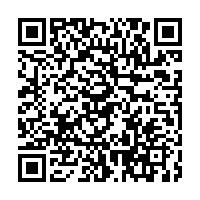