Shlomo Carlebach, his body is gone
But his immortal singing spirit lives on
Wherever you go
In every shul at prayer
You’re sure to hear
Shlomo Carlebach’s melodies there.

A thousand songs, a wondrous legacy
Left by Reb Shlomo to posterity
Countless Jewish voices rise in ecstasy
Singing Esa Einei and Ner Leragli.
Countless songs and nigunim
Which Reb Shlomo wrote for us to hymn
Magic melodies to delight our souls
Divinely inspired poured out of him.

Now up in Heaven Reb Shlomo sings
With a chorus of angels for the Heavenly King
He changed our lives with his personality
With his message of love for his people and humanity.

Was Shlomo an angel sent from above
To fill Jewish hearts with his music of love
To make the People of Israel sing and dance
With his sacred music and hypnotic chants? 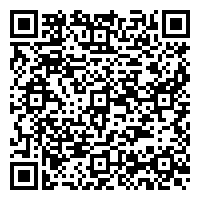