The welcome ceremony for US President Joe Biden at the Jeddah airport was nothing like the warm embrace he received when he arrived at Ben-Gurion Airport. Awaiting him were only two Saudi functionaries, the governor of the Mecca province and the kingdom’s ambassador to the US. It took only two minutes for him to enter his limousine from the time he deplaned. At the palace, Saudi Crown Prince Mohammed bin Salman, who until recently was a persona non grata in Washington, was waiting for him with a cool fist-bump that expressed much more than concerns about COVID.

A joint statement discussed the need to prevent Iran from achieving nuclear weapons capabilities and keeping its satellites from continuing to undermine the Middle East and perpetrate acts of terrorism. The statement also included an explicit American promise to help Riyadh and supply it with all the military aid it needs to protect its country. Supposedly, what more could anyone want?

But there are two main reasons why even the presidential visit to Jeddah and the promises made couldn’t completely thaw out American-Saudi ties. One has to do with the murder of Saudi journalist Jamal Khashoggi, which still casts a pall over relations. The Americans say that Biden raised the subject in a conversation with MBS, who said he wasn’t involved. Biden insists he was. The Saudis say that he crown prince explained to the president that every country has its own values – a polite way of saying “Stop bugging us about human rights.”

The other reason for the cool attitude toward Washington that the Saudis share with most of the Arab leaders who attended the Jeddah conference has to do with the sense that they cannot trust promises from the US. They saw the panicked retreat from Afghanistan, the lack of any response from Washington to Iranian attacks on Saudi Arabia’s oil facilities and the United Arab Emirates’ port, how the Americans have ignored attacks on their own forces by pro-Iranian militias in Syria; and they are disappointed by the White House’s insistence on returning to a nuclear deal with Iran that doesn’t include red lines for Tehran.

The conclusion: even after the visit, Washington will have to work hard to convince its Arab partners in the Middle East that Biden is, indeed, determined to handle Iran and fill the vacuum that allowed Russia and China to step in. It’s not certain he’ll be able to.

Until that happens, the Saudis and the Gulf states will continue to coordinate with Russia on oil prices, refuse to condemn the Russian invasion of Ukraine, trade with China, negotiate with Tehran about reforming ties, and resist publicly joining the anti-Iran axis in the Middle East

Obviously, the concern about Iran is palpable, and is common ground for the participants in the Jeddah summit, all of whom seem willing to cooperate with Israel under US leadership in setting up an umbrella of defense against Iranian missiles and drones, and possibly more. But because they still don’t trust the Americans entirely, they prefer for it to be handled quietly, behind the scenes.

With Biden back in Washington, Russian President Vladimir Putin is preparing for an upcoming visit to Tehran. The high point of his trip will be the sale of hundreds of Iranian attack drones. Israel has raised the alarm that if the deal goes through, Russia will try to “pay Iran back” by restricting Israel’s offensive maneuvers in Syria. And that will be another test of Biden’s promise to stop Russia in the Middle East.

{Written by Oded Granot and reposted from the Israel Hayom site} 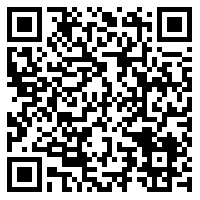