A good move, may it yield results: Thirty-five members of the Knesset recently signed a letter to IDF Central Command, asking that Joseph’s Tomb in Shechem (called Nablus by the Arabs) be opened again to visits by Jews, with steps taken to provide security.

The letter was initiated by Uri Ariel (National Union/NRP) and was signed by all the MKs of National Union/NRP as well as a number from United Torah Judaism, Shas, Likud, Kadima, Pensioners and Yisrael Beiteinu.


What happened to the Tomb in recent years has been particularly galling to anyone concerned with Jewish heritage, Jewish pride, and Jewish rights in the land of Israel.

The history of this site is clear: The Book of Joshua (24:32) states, “The bones of Joseph which the Children of Israel brought up from Egypt were buried in Shechem in the portion of the field that had been purchased by Jacob.”

Dr. Zvi Ilan, who was one of Israel’s most prominent archeologists, referred to Joseph’s Tomb as “… one of the tombs whose location is known with the utmost degree of certainty and is based on continuous documentation since biblical times.”

The Tomb was traditionally a place where Jews visited and prayed. With the Oslo agreements it was turned over to the PA, but with “guarantees” that Jews were to have freedom of access and freedom of worship at the site.

In September 2000, early in the Al Aksa Intifada, Palestinian militia attacked the site and Ehud Barak, the prime minister at the time, ordered IDF forces stationed there to retreat. Presumably he did this to lower tensions in the area and was counting on PA police to honor their commitment to safeguard this place.

But PA police stood by as Palestinians swarmed the tomb, destroying everything in sight, including prayer books, and moving to turn it into a Muslim site complete with a green-painted roof. This was months before my aliyah, but I was in Israel and saw on TV Palestinians climbing over the Tomb and setting fires. It is telling how viscerally I react to this memory even now: the retreat was a grave error and a moment of ignominy and shame for the IDF.

In 2002, with Operation Defensive Shield, the IDF moved back into Shechem and to the Tomb. Monthly visits by Jews were arranged, but three years ago the IDF commander at the site suspended them because of the threat of terrorist attacks.

The Knesset letter was drafted now because there is to be a change of command, with someone new in charge at the site.

The memory of what was done to Joseph’s Tomb is especially bitter in the face of fallacious and deliberately inflammatory Muslim claims that the Jews are threatening their holy sites by rebuilding a bridge to the Mughrabi Gate on the Temple Mount. While all work is being done outside the Mount, their incendiary cry is that Israeli efforts threaten the Al-Aksa Mosque.

The Muslims have day-to-day control of the Mount, even though Israel retook it in 1967, because Moshe Dayan gave them this courtesy in a foolish attempt to be conciliatory. They constructed a new mosque on the Mount in recent years, in the process excavating and destroying ancient Jewish archeological ruins. Yet word is that Prime Minister Olmert has granted Jordan permission to build a new minaret right there, on the Mount – the first new one in 600 years.

The lessons are all there for us to see, but I am not sure we learn them. Foolishly, we turn ourselves inside out to appease Muslim claims concerning holy sites and yet receive nothing but antagonism and hostility and violence in return. For our sites, there is total disregard – and worse. 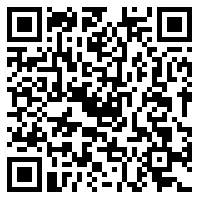