I have been broadcasting for 31 years and writing for longer than that. I do not recall ever saying on radio or in print that a president is doing lasting damage to our country.

I did not like the presidencies of Jimmy Carter (the last Democrat I voted for) or Bill Clinton. Nor did I care for the “compassionate conservatism” of George W. Bush. In modern political parlance “compassionate” is a euphemism for ever-expanding government.


But I have never written or broadcast that our country was being seriously damaged by a president. So it is with great sadness that I write that President Barack Obama has done and continues to do major damage to America. The only question is whether this can ever be undone.

This is equally true domestically and internationally.

Domestically, his policies have gravely impacted the American economy.

He has overseen the weakest recovery from a recession in modern American history. He has mired the country in unprecedented levels of debt: about $6.5 trillion dollars in five years (this after calling his predecessor “unpatriotic” for adding nearly $5 trillion in eight years).

He has no method of paying for this debt other than printing more money – thereby surreptitiously taxing everyone through inflation, including the poor he claims to be helping, and cheapening the dollar to the point that some countries are talking another reserve currency – and saddling the next generations with enormous debts.

With his 2,500-page Affordable Care Act, he has made it impossible for hundreds of thousands, soon millions, of Americans to keep their individual or employee-sponsored group health insurance; he has stymied American medical innovation with an utterly destructive tax on medical devices; and he has caused hundreds of thousands of workers to lose full-time jobs because of the health-care costs imposed by Obamacare on employers.

His Internal Revenue Service used its unparalleled power to stymie political dissent. No one has been held accountable.

His ambassador to Libya and three other Americans were murdered by terrorists in Benghazi, Libya. No one has been blamed. The only blame the Obama administration has leveled was on a video maker in California who had nothing to do with the assault.

In this president’s White House, the buck stops nowhere.

Among presidents in modern American history, he has also been a uniquely divisive force. It began with his forcing Obamacare through Congress – the only major legislation in American history to be passed with no votes from the opposition party.

Though he has had a unique opportunity to do so, not only has he not helped heal racial tensions, he has exacerbated them. His intrusions into the Trayvon Martin affair (“If I had a son, he’d look like Trayvon”) and into the confrontation between a white police officer and a black Harvard professor (the police “acted stupidly”) were unwarranted, irresponsible, demagogic and, most of all, divisive.

He should have been reassuring black Americans that America is in fact the least racist country in the world – something he should know as well as anybody, having been raised only by whites and being the first black elected the leader of a white-majority nation. Instead, he echoed the inflammatory speech of professional race-baiters such as Al Sharpton and Jesse Jackson.

He has also divided the country by economic class, using classic Marxist language against “the rich” and “corporate profits.”

Regarding America in the world, he has been, if possible, even more damaging. The United States is at its weakest, has fewer allies, and has less military and diplomatic influence than at any time since before World War I. 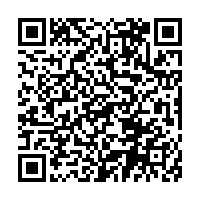