When the Palestinians’ two rival governments announced their latest reconciliation deal last month, it raised two obvious questions. The first was whether it would actually be implemented, given that countless similar agreements have been announced with great fanfare only to collapse into renewed feuding between Hamas in Gaza and the Fatah-run Palestinian Authority. But the truly critical question–for Israel and for anyone else who doesn’t want another war in Gaza–was how the deal would affect Hamas’s finances if it were implemented. On that front, Wednesday’s developments offered short-term encouragement. The longer-term outlook, however, remains troubling.

Until a few months ago, Hamas effectively enjoyed control over Gaza’s revenues with no attendant responsibility for the needs of its residents, since the PA largely funded those needs (medicine, electricity, etc.). This arrangement assured Hamas of plenty of money to spend on its military wing, with much of that money coming from the taxes it collected in Gaza. As Avi Issacharoff reported in the Times of Israel in April, everything imported into Gaza is taxed twice, once by the PA and once by Hamas. Nor does Hamas make do with taxing imports; it taxes almost everything. For instance, as Issacharoff reported two years ago, companies in Gaza must pay 500 shekels “to have a Hamas representative participate in a company conference. Hamas charges another few hundred shekels to have the conference registered, and if it is postponed, the postponement is taxed as well.”


This convenient arrangement ended abruptly this past spring, when the PA finally tired of serving as Hamas’s ATM and stopped paying for most of Gaza’s civilian needs. The result, as I wrote last month, was that Hamas for the first time had to spend some of its own money on those needs, causing its military budget to plummet from an estimated $200 million in 2014 to just $50 million this year (not counting the extra money it gets from Iran, which is solely for military spending).

Thus for Israel, the worst of all worlds would be a return to the status quo ante, in which the PA resumed responsibility for Gaza’s civilian needs but Hamas remained free to tax anything that moves and pour the money into its military wing. In contrast, this would clearly be Hamas’s preferred outcome. The main reason it agreed to the reconciliation deal was its desire to shed responsibility for Gaza’s civilian needs so it could resume focusing on its military wing.

Viewed through this prism, implementation of the reconciliation deal got off on the right foot on Wednesday when Hamas formally handed over Gaza’s border crossings to the PA. This isn’t because of the handover itself, which was largely meaningless, but because Hamas also agreed to dismantle the tax collection checkpoints it erected near the crossings with Israel.

The handover technically didn’t affect those crossings at all: Both have been manned by PA personnel for years already because Hamas refuses to deal with Israel directly. That is also why it needed to have special tax collection checkpoints instead of just collecting tax at the border. But those checkpoints were major revenue sources for Hamas, since almost all imports to Gaza passed through them. The crossing with Egypt–the only one that actually changed hands on Wednesday–is for people only. Cross-border smuggling, which used to be a major source of imports, declined drastically after Egypt began cracking down on the smuggling tunnels in 2013. Thus the removal of these checkpoints will severely dent Hamas’s revenue stream.

Of course, it will still have the money it gets from Iran, estimated at $60 million to $70 million this year, and that money will continue going straight to its military wing. But that’s still far below what it was spending on its military in 2014 when it was getting less money from a cash-strapped Tehran but had a steady stream of Gazan tax revenue to play with.

Hamas agreed to dismantle the checkpoints because both PA President Mahmoud Abbas and Egypt refused to accept a return to the status quo ante, demanding instead that the PA be given full control of Gaza. And they backed this demand with heavy financial pressure—the PA by ceasing its funding for Gaza, and Egypt by shuttering its border crossing for months on end.

The question is whether they have a plan for continuing to enforce this demand over the long term. After all, once Hamas is no longer responsible for Gaza’s civilian needs, it will no longer be vulnerable to that kind of financial pressure. And since the reconciliation didn’t require Hamas to disarm, it will continue to be the strongest military power in Gaza even after PA forces return to the borders. Thus, it’s not clear how anyone could stop it from using its guns to resume extorting taxes once it has gotten what it wants out of the deal, which is to stop being responsible for civilian affairs.

This matters because Hamas has shown no signs of losing its desire to fight Israel. Just last month, its new leader in Gaza, Yahya Sinwar, declared, “The discussion is no longer about recognizing Israel but about wiping Israel out.” What has stopped it for the last three years hasn’t been lack of desire, but lack of capacity: Its arsenal of rockets and cross-border attack tunnels was depleted in the last war, in 2014, and another war won’t be practical until that arsenal is rebuilt. Thus, the more money Hamas has to spend on its military build-up, the sooner it will reach the point where it feels it can afford to start another war.

Hence if the PA, Egypt, and the international community want to avoid such a war, they must start thinking now about how to keep Hamas away from Gazan revenues if and when the reconciliation deal is fully implemented. For if Hamas is allowed to resume milking Gaza for cash to pour into its military wing, the next Gaza war will certainly be just a matter of time. 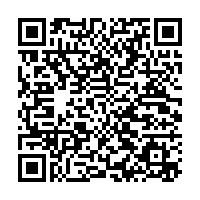