Question: I find it very difficult to understand the punishment of death that was meted out to Rabbi Akiba’s students. If he was so great, we can assume that his students were of a superior caliber as well. If so, why did they deserve such a harsh punishment?


Answer: Last week we discussed the prohibition of not marrying or cutting our hair for a minimum period of 34 days between Pesach and Shavuot. We observe these signs of mourning to commemorate the thousands of Rabbi Akiba’s students who died during this period.

We also sought to explain the reason these students deserved such a harsh punishment. We cited a similar story concerning the Nadav and Avihu, whose hasty actions led to their fatal transgression of issuing a ruling before their master Moses, for which they were killed.

The Rambam (Hilchot Talmud Torah 5:2), based upon the Gemara in Eruvin 63a, rules that a person who issues a halachic decision before his master is punished with death (by Heaven’s hand). The Hagahot Maimoniyot (ad loc.) cites exceptions to this rule. For instance, a person may issue a ruling before his master if he sees the ruling clearly recorded in books written by great halachic authorities.

Moses, in his humility, obviously saw no slight to his person when his students, Aaron’s sons, issued their halachic ruling, but he was aware of their infraction. He sought to console his brother on his tragic loss, stating that the untimely death of those who are nearest and dearest to Hashem serves as a means of His sanctification.

Nadav and Avihu and the students of Rabbi Akiba were so great that, like other tzaddikim, they were judged in a very exacting and demanding manner – “kechut hasa’ara – like a fine strand of hair.”

We find the following incident in the Talmud (Yevamot 121b): It once happened that the daughter of Nehonia the well digger (he would dig water wells for the benefit of those traveling on the roads and byways) fell into a large cistern, and people reported this to R. Hanina b. Dosa. During the first hour R. Hanina told them, “All is well.” In the second hour he again said, “All is well.” At the third hour he told them, “She is saved.”

R. Hanina then asked her, “My daughter, who saved you?” She replied, “A ram came to my aid with an aged man leading it.” (Rashi notes that this was our Patriarch Abraham.) The people observing this incident asked R. Hanina b. Dosa, “Are you a prophet?” He replied, “I am neither a prophet nor the son of a prophet, but this I do know: Should the work in which a righteous man is engaged (for the benefit of others) be the cause of disaster for his offspring?”

The Gemara continues: R. Abba stated, “Even so, his [Nehonia’s] son died of thirst. The verse (Psalms 50:3) states, ‘u’sevivav nis’ara me’od – His surroundings are exceedingly turbulent.’ ” This teaches us that Hashem deals with those near Him even to “a hair’s breadth,” i.e., very strictly. Rashi (ad loc.) explains that the word “nis’ara – turbulent” in this verse can also be read as “sa’ara – hair.”

The Maharsha (ad loc.) notes: If this is the manner in which Hashem treats those nearest and dearest to Him, how much stricter will He deal with the wicked.

The students of Rabbi Akiba were so great and close to Hashem that they were punished for even the slightest infraction. 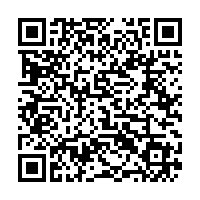