Question: Is it proper to recite prayers for a non-Jewish government during davening?


The Talmud relates that that the Samaritans received permission from Alexander the Great to destroy the beit hamikdash based upon their claim that the Jews sought to rebel against the king. Shimon HaTzaddik, the kohen gadol, heard of this false charge and made plans to personally meet with King Alexander in order to rescind this horrible decree.

Shimon HaTzaddik robed himself with his priestly garments and set out to meet the king. Traveling on either side of him throughout the night were nobles of Jerusalem carrying torches in their hands. At daylight, the procession approached the king’s camp. “Who are these people?” Alexander called out. The Samaritans responded that they were the Jews who are rebelling against the king.

As the sun began to shine, Alexander noted the figure of Shimon HaTzaddik. In reverence, the king dismounted and bowed before him. He explained that prior to every battle, the image of this old bearded man in white appeared before him and served as a lucky symbol that won all his battles for him.

Alexander called out to the Jews, “Why have you come?” The Jews responded, “How is it possible that star worshipers should mislead you to destroy the house [the beit hamikdash] wherein prayers are said for you and for your kingdom that it never be destroyed?” Upon hearing this, Alexander recognized that the Jews were not rebelling against him and delivered the Samaritans into the hands of the Jews to be punished (Yoma 69a)

As such, from the time of Shimon HaTzaddik to the present, the tradition is to publicly pray for the government during synagogue services. Jews are constantly open to charges of disloyalty – that’s the nature of our enemies. Prayers for the government are our historical refutation of such slander. The maxim of Pirke Avot to “pray for the welfare of the government” is not only directed to individuals, but to communities in their places of worship. 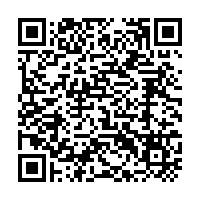