1. Chanukah חנוכה)) is education (חנוכ)-oriented.
According to the first book of Maccabees, Judah the Maccabee instituted an eight day holiday on the 25th day of the Jewish month of Kislev 165 BCE, in order to commemorate the inauguration (Chanukah, חנוכה, in Hebrew) and deliverance of the holy altar and the Temple.  A key feature of Chanukah is the education/mentoring of family members.
The Hebrew word Chanukah (חנוכה) consists of two words, Chanu (חנו) – which means “they rested/stationed” in Hebrew – and Kah (כה) – which means 25 in Hebrew – referring to the 25th day of the Jewish month of Kislev, when the Maccabees re-consecrated the Temple.
Some have suggested that the timing of Christmas (December 25th) and the celebration of the New Year, 8 days later (January 1), have their origin in Chanukah, which always occurs in December.

2.  Chanukah is the holiday of liberty, which is advanced by combining The Book (spiritual faith in God and dedication to values) and the sword (physical heroism on the battlefield), facilitated by the commemoration of history/roots, light of optimism and principle/morality-driven leadership.
Chanukah celebrates the liberation of Jerusalem. The first day of Chanukah is celebrated when daylight is balanced with darkness, ushering in optimism for brighter future.


3.  Chanukah commemorates one of the early clashes of civilizations: the victory of light over darkness (miniscule light can penetrate darkness), the few over the many, liberty over slavery and remembrance over forgetfulness. The Hebrew spelling of darkness – חשכה – employs the same letters as forgetfulness – שכחה.

4. Chanukah is celebrated in Kislev (כסלו), the Jewish month of miracles (e.g., Noah’s Rainbow appeared in Kislev) and the month of security/safety, as indicated by the Hebrew word Kesel – כסל – which means security. The first and last Hebrew letters of Kislev (כו – כסלו) equal 26 (in Jewish Gimatriya) – the total numerical value of the Hebrew spelling of Jehovah – יהוה.
Moses completed the construction of the Holy Ark on the 25th day of Kislev (the first day of Chanukah), which was also the date of the laying the foundation of the Second Temple by Nehemiah. Moses’ battle cry, “Whoever trusts God, join me!” was adopted by the Maccabees.
The 25th (Hebrew) word in Genesis is Light (OR, אור), which is a Jewish metaphor for the Torah. The word which precedes “light” is יהי (“let there be” in Hebrew), which is equal to 25 in Gimatriya. The 25th stop during the Exodus was Hashmona (same root as Hasmonean in Hebrew).

5. Chanukah’s historical context is narrated in the Books of the Maccabees and the Scroll of Antiochus. Alexander The Great – who held Judaism in high esteem and whose Egyptian heir, Ptolemy II, translated the Torah to Greek – died in 323 BCE following 12 glorious years. Consequently, the Greek Empire disintegrated into five provinces, and thirty years later into three kingdoms: Macedonia, Syria and Egypt. The Land of Israel was militarily contested by Syria and Egypt. In 198 BCE, Israel was conquered by Syria’s Antiochus III, who treated the Jewish State as an ally.
However, in 175 BCE, a new king assumed power in Syria, Antiochus (IV) Epiphanies, who was determined to ruthlessly uproot Judaism and replace it with Hellenic values. He accused the Jews of alliance with Egypt. In 169 BC, upon his return to Syria from a war against Egypt, he devastated Jerusalem, massacred the Jews and forbade the practice of Judaism, including the Sabbath, circumcision.
The 167BCE-launched rebellion against the Syrian (Seleucid) kingdom featured the Hasmonean (Maccabee) family: Mattityahu, a priest from the town of Modi’in (166/7BCE), and his five sons, Yochanan (135-104BCE), Judah (166-161BCE), Yonatan (161-143BCE), Shimon (143-135BCE) and Elazar.
The heroic (and tactically creative) battles conducted by the Maccabees, were consistent with the reputation of Jews as superb warriors, who were frequently hired as mercenaries by Egypt, Syria, Rome and other global and regional powers.

6. The name Maccabee מכבי) or מקבי) is a derivative of the Hebrew word for  Power Hammer (מקבת), which described Judah’s tenacious and decisive fighting capabilities.
It could, also, be a derivative of the Hebrew verb Cabeh (כבה), to extinguish, which described the fate of Judah’s adversaries.
Another source of the name suggests that Maccabee, מכבי, is the Hebrew acronym of “Who could resemble you among Gods, Jehovah” (מי כמוך באלים יי).
Morover, the saga of the Maccabees was written, during ancient times, in Latin, which sometimes pronounces C like a TZ.  Hence, Maccabee could be the Latin spelling of the Hebrew word Matzbee, the commander.

7.  The value of the word Maccabee (in Hebrew) is 72, which corresponds to the 72 mystical Hebrew names of God, which provided Moses with the unnatural power to carry on the Parting of the Sea and leading the people of Israel from bondage in Egypt to freedom in the Land of Israel. The 72 names – 3 letters each – comprise three verses which describe the Parting of the Sea (Exodus, 14:19-21), 72 letters each, totaling 216 letters. The numerical value of the holiest spot at the Temple (דביר) is 216.

8.  The eight candles of Chanukah are lit one more per day. They are dedicated to the Torah, heroism, deliverance, leadership, camaraderie/unity, return to Zion, ingathering and family/communal responsibility – eight elements which provide for the eternity of Judaism, the Jewish people and the Jewish Homeland. The ninth candle feeds light to the other eight candles. It is called Shamash (the server), which is spelled in Hebrew like the light-providing sun (Shemesh), and is dedicated to Divine Providence and its miracles.
The candles should be lit outside the home, or at the window, in order to share the message of Chanukah with the world at-large.

9.   The eight days of Chanukah, and the eight branches of the Chanukah Menorah (the ancient Temple Menorah consisted of seven branches, which commemorated the seven days of creation) represent divine capabilities and optimism. The shape of the digit 8 represents infinity: there is no end to divine capabilities as evidenced by the survival of the Jewish People against all odds. The root of the Hebrew word for 8 (Shmoneh, שמונה) is “oil” (Shemen, שמנ), which is also the root of “Hasmonean” (Hashmonayim, חשמונאים). The Aramaic name of the month of Kislev is Kislimo, “heavy.” The Hebrew spelling of “heavy” is identical to the spelling of “oil” – שמן.

10. The thirty-six Chanukah candles (excluding the ninth “divine” candle) represent the 36 mythical, righteous individuals, whose virtue safeguards human-kind. There were 36 hours of divine light welcoming Adam during the creation, lasting until the end of the first Sabbath. Various forms of light – and candles – are mentioned 36 times in the Torah. There are 36 parts in the Talmud. Chanukah is celebrated during the Hebrew month of Kislev (כסלו), whose spelling consists of two Hebrew words: Throne (כס) and 36 (לו).

More information on Chanukah and other Jewish holidays, including the Sabbath, annual Fast days and the Jubilee, please see: https://www.smashwords.com/books/view/499393 (pdf)

No application is required for the user-friendly Jewish Holidays Guide for the Perplexed, a $3.99 Chanukah present for you, your family, your friends.

2. Please click the “buy” or “gift” buttons (on the right hand side)

3. If you don’t have a Smashwords account: Join Smashwords (fill in your email, username, password, age and country)

5. Please enter your payment method and billing address (this is a secure website!)

6. The checkout is complete in a few seconds. All you need to do now is to click on the title of the book.

7. Please download the e-book to your own computer by clicking PDF or any format of your choice (“download” row).

Thank you and please share with your relatives and friends, 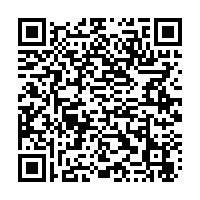