One of the most puzzling laws in Halacha (Jewish Law) is the requirement to observe a second day Yom Tov (festival) in all Jewish communities outside of Israel.

Before the establishment of a set calendar of the Jewish year, there was doubt concerning the day on which Yom Tov should be celebrated outside of Israel. The Sanhedrin (Jewish High Court) in Jerusalem would declare the first day of a new month on the basis of eyewitness testimony given by people who had just seen the first appearance of the new moon. The court would then immediately send out messengers to inform the nearby communities as to which day was declared to be Rosh Chodesh (first day of the month), so that they could observe the festivals at the proper time. Jewish communities that were located outside the land, and too far from Jerusalem to be informed of the precise day of Rosh Chodesh, were told to keep two consecutive days of Yom Tov, since they could not, in time, know which day the new month had started in Israel. Since a Jewish month can consist of 29 or 30 days, there could be a difference of one day. And since biblical festivals always have a fixed and specific date in the month (as stated by the Torah), a two-day celebration became necessary. (For a short overview of this complicated issue, see: Rabbi Yerachmiel David Fried, Yom Tov Sheni Kehilchato:the Second Day of Yom Tov in Israel and Abroad, adapted into English by Moshe Dombey, 1990; and Rabbi Eliyahu Kitov, “Rosh Chodesh,” in The Book of Our Heritage (Jerusalem: Feldheim Publishers, 1979) vol. 1, pp. 213-232.)


This law is still applicable today. Consequently, any Jew living outside of Israel is required to observe two days on Pesach, Shavuot and Sukkot.

The difficulty with this rabbinical decree today is that since the days of Hillel HaNasi (4th century CE), an official and fixed calendar (independent of eye witnesses) is in operation and, consequently, there is no longer any doubt about which day is the correct day of Yom Tov. It is therefore quite surprising that the Sages did not annul the second day Yom Tov, but insisted on its continuation.

The classical reason given is that since this had become the official minhag (custom) for so many years, and was so well established, an annulment would no longer be possible.

The renowned Rabbi Naftali Tzvi Yehuda Berlin – also known as Netziv (1817-1893) – the last Rosh Yeshiva of the famous Volozhin Yeshiva, suggests in his Ha’amek Davar a completely different approach, which will be an important eye-opener to many.

In Parashat Emor (Vayikra 22:31.), we are introduced to the festivals of the Jewish year with the following seemingly superfluous words: “And you shall keep My commandments and you shall perform them. I am the Lord.”. After offering an interesting approach to this problem, Netziv continues and states that the reason for this “superfluous” verse is to instruct the Sages to make a fence around these festivals and strengthen them by requiring a second day Yom Tov outside the Land of Israel.

In his notes (ad loc.), called Harchev Davar, Netziv quotes a statement in the teshuvot (responsa) of Rabbi Hai Gaon – one of the greatest halachic authorities of the 10th century – in which he says that the requirement of keeping a second day Yom Tov outside of Israel was already alluded to by the prophets. He concludes with the following words:
“And perhaps this was done since the days of Yehoshua ben Nun (Joshua) for those who lived outside [the Land of Israel.]”

Netziv continues and proves this point by stating that we would otherwise encounter a serious contradiction in Judaism. Why don’t we keep two days Yom Kippur (the Day of Atonement)? And we could no doubt ask why, when counting the Omer (49 days between Pesach and Shavuot) outside of Israel, we only count one date and not two. After all, if Pesach would have started one day later, there should have been the need to begin counting the Omer one day later as well. In that case we should, for example, say (outside of Israel), “Today is the 31st or the 32nd day of the Omer.” This, however, is not done and is in fact forbidden.

Netziv therefore concludes that the above verse: “And you shall keep My commandments, and you shall perform them” comes to teach us that we should be extremely careful to observe these festivals for two days; we should not rely on the fact that most months have only 29 days and consequently keep the festivals for only one day. The meaning of the verse, then, would be: And you shall surely keep them in the best way possible and not allow for any doubt.

We may wonder, however, to what specific matter our verse is alluding, according to Netziv. Why should one observe two days Yom Tov outside of Israel so as to make sure that we definitely celebrate them properly? Why not following the majority of months with only 29 days?

The answer may be found in an observation made by Rabbi Menachem Recanati, one of the great kabbalists of the 13th-14th century. He tells us that it is impossible for people outside the Land of Israel to be as inspired by a particular festival as it is for people in the Land of Israel. Israel carries its own spirituality into any festival, and in only one day people are able to accomplish great spiritual achievements.

Outside of Israel, however, where the spiritual environment is not conducive to this kind of soul state, one needs two days to achieve the same goal. We may now understand why there is no requirement to observe two days of Yom Kippur. This is not only due to the fact that people will not be able to fast for such a long time, but also because Yom Kippur, due to its extraordinary nature, is able to offer us the opportunity to achieve almost the same spiritual religious experience outside of Israel as that of someone living in the Land of Israel. On this day, the soul of a Jew should and could feel as if it dwells in the Holy Land, and no second day is required. (The reverse is true regarding the counting of the Omer. While Yom Kippur is able to offer us great spirituality, even to the point that outside of Israel there’s no need for a second day, the counting of the Omer would be no more spiritually uplifting if a second counting were added each time the mitzvah was done.)

In that case, we should state that it is erroneous to argue in favor of a one-day Yom Tov outside of Israel. Modern interpretations of Judaism, with their emphasis on greater spiritual quality, should only welcome such a rabbinical enactment instead of condemning it, since the quality of life in the modern-day Diaspora (even with all of its beauty) has definitely not been conducive to greater spiritual opportunities.

As anyone can testify, celebrating the Jewish festivals in Israel is an act of supreme delight. The festivals are invested with a very special spirit that cannot be experienced anywhere else.

No other land can compete with the Land of Israel!

This, it seems, is the secret behind the second day Yom Tov and why the sages did not abolish it. 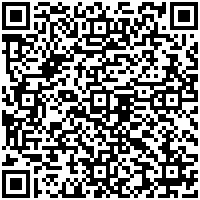