While measuring time can turn into an obsession, there is no question that it is very useful. Imagine, for example, fixing a simple meeting without being able to point to a time and date. It boggles the mind!

Natural cycles are the obvious key. Days, months and years are all measurements of visible cycles. While the cycles themselves are relatively easy to identify, where to mark its beginning is usually more complicated. Months are the most straightforward – given that they mark the lunar cycle, it seems intuitive to begin with the first appearance of the moon. Days are a little trickier, as one could either begin with the sunset or the sunrise. Most difficult of all, however, is what marker to use as the beginning of the year. It is presumably because of this difficulty that many ancient cultures chose to determine the beginning of the year artificially, meaning not corresponding to any natural event. Hence these cultures dated their years from the beginning of a certain king’s ascendance to the throne or some other historical event.

Yet even if the natural markers for the beginning of the year are less clear, they do exist. Many cultures identified either the Spring or Autumn equinox as such a marker. In the case of Judaism, we actually chose both!

If the above may sound strange, it is important to remember that the Torah does not tell us when the world was created. And if you think that it is nevertheless clear that the Jewish tradition holds that Rosh Hashanah is the date of the world’s creation, you are mistaken. Not only is this a point of contention in the Talmud (Rosh Hashanah 10b), there are good reasons to say that the dominant position is that of Rabbi Yehoshua, who posits that the world was created on the first day of Nissan. On the other hand, you would not be mistaken to say that the Rosh Hashanah liturgy seems to indicate that we follow Rabbi Eliezer, that it was created on the first day of Tishrei. (In fact, the physical world was created five days earlier, as we define the “world’s creation” by the creation of man.)

A popular resolution of this problem is first found in Tosafot (Rosh Hashanah 27a) in the name of Rabbenu Tam. The world was conceived on the first day of Tishrei, but only physically created on the first day of Nissan. Such an idea is nicely rooted in the physical world, at least in the Northern hemisphere: When we look at the many trees and plants all around us, we are struck by the tremendous flowering and blooming all around us at that time. The clearest manifestation of this is found on the many trees that lose their leaves in the Fall and begin to grow new ones in the Spring. But that is only what is visible. The processes that led to all of this actually began with the end of the previous cycle that occurs in the Fall. In the case of grasses and many other plants that dried up in the summer, the end of that season is when the seeds they dropped began to germinate. This is not so different from how we relate to the beginning of a new baby. We see it born at the end of a nine month gestation, but it really came into being at the time of its conception.

Yet the Talmud presents this as a disagreement. Meaning, even assuming both agreed with Rabbenu Tam’s suggestion, they still disagreed about which marker takes precedence. That the Jewish tradition nevertheless seems conflicted about which position to ultimately endorse shows that there are strong arguments on both sides, as to how to think of a beginning. Is it from its very beginning, since that is something’s ultimate start? Or given that many seeds die in the ground (and according to one midrash, many worlds were also created and destroyed before man was created), should we only view that beginning as potential, and say that something has not truly begun until we see some tangible signs of its reality?

One thing that is clear is that important beginnings come in stages. The Fall and its holidays represent a time when we are to conceive of how we want to live out the coming year. But realistically, the year does not take its true form until we get to Nissan. It is only at that time that we truly are able to evaluate the fruits of our spiritual labors. May we indeed reflect the natural world and see the blossoming of our efforts. 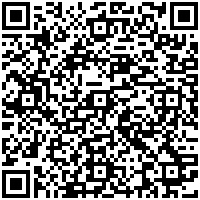