Until the drowning of the Egyptian army at the Yam Suf, Hashem’s taking of Bnei Yisrael out of slavery was incomplete. All the miracles and plagues would have accomplished little if the Egyptian forces would have recaptured the Jews and returned them to Egypt and a life of persecution. The Jews were not asked to fight for themselves, only to trust in Hashem’s deliverance.

The response was an outburst of song coming from the entire people, both male and female. Our sages have described the level of revelation of a handmaiden who was present at the event as greater than that of the prophet Yechezkel in his vision of the divine chariot. The parsha should have ended after Az Yashir. It doesn’t; this tells us that the aftermath of the Divine intervention and religious inspiration has great import.


Three days after singing Az Yashir, Bnei Yisrael faced a new crisis. The drinking water was bitter. They complained, questioning their leaving Egypt. Hashem, through Moshe, performs a miracle sweetening the water, but this time Bnei Yisrael are given mitzvot to perform. The guarantee that they will be protected from the illnesses that Hashem has inflicted on the Egyptians is contingent on them keeping commandments.

When the manna was given daily to sustain them in their travels, it came with restrictions and conditions. The first mention of the prohibitions of Shabbat is in the context of the manna. Hashem provided for Bnei Yisrael’s needs but they had to take some responsibility as well.

The battle against Amalek, which concludes the parsha, stands in sharp contrast to the parting of the sea. Moshe is commanded to form an army to fight the war. The role of Hashem has not disappeared, but it is altered. Success in the battle depends on the uplifted hands of Moshe, which the mishna in Rosh Hashana (Talmud Bavli 29A) explains symbolizes looking toward heaven and commitment to Hashem. Yet the army still has to actually fight the war.

The second half of the parsha focuses on two interrelated themes. Inspiration, particularly when it is a response to a specific event, cannot by itself be maintained. Bnei Yisrael had lived their entire lives as an oppressed minority in Egypt and that collective memory was not erased by the splitting of the sea, no matter how miraculous. The immediate impact was enormous but it only took three days to fade. For change to become permanent it has to become internalized through new behaviors. Mitzvot have to be observed regularly. Hashem saved the Jewish people, but they still needed to transform themselves. A free person is one who takes on responsibilities and obligations and lives with the consequences of his or her behavior.

Slaves are unable to fight their own battles. They lack a sense of themselves as independent entities.

Hashem fought the Jews’ war against the Egyptians, but once they began to act as free people they had to fight their enemies. That does not mean that Hashem has disappeared from history; it signifies a more complex interaction between human initiative and Divine protection.

These two themes are fundamental to Judaism. Inspiration is invaluable, but for it to become permanently transformative it must lead to an ongoing change of behavior. The essence of Judaism is a commitment to a life of observance. Religious significance is given to the most mundane of behaviors. Rav Yosef Dov Soloveichik in his seminal essay “Halakhic Man” talks about sanctifying this world rather than escaping from it.

Bnei Yisrael saw the infinite power of the Almighty and were inspired to express their appreciation of being saved but they were not yet partners in sanctifying this world.

Hearing The Sound Of The Soul 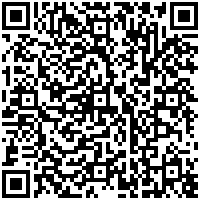