Another great scholar and leader in this time period was Reb Aryeh Leib, the Shaagas Aryeh.

His depth and grasp of all areas of Torah was so vast that he towered over the other giants of his time and he refused to overlook their weaknesses. Rav Aryeh Leib held only one man in the highest esteem, the Gaon of Vilna.

One time, Reb Aryeh Leib was passing through the city of Vilna and decided to stay there for several days. On his way out of town, he stopped off at the home of Rav Shmuel, the av bet din of Vilna, to take his leave. As is the proper procedure, one should take leave of someone with a discussion of Torah, and Reb Aryeh Leib posed a very difficult question.

Rav Shmuel began to pace the floor, deep in thought, thinking about the question. Around the room he walked mulling over the question, unable to answer it.

The Shaagas Aryeh left him considering the question and went to see the Vilna Gaon. Entering, he posed the same question to the Gaon who gave an immediate answer.

Reb Aryeh Leib’s face lit up as he heard the answer and exclaimed happily, “Rav Eliyahu, may the blessing of G-d be upon you. Had you not answered me as you did I would have consigned you to the other ‘great rabbanim’ of our time …”

Reb Aryeh Leib then returned to the home of Rav Shmuel and found him very excited. In the time that Reb Aryeh Leib had been away he had succeeded in finding the answer and it was the same one that the Vilna Gaon had given.

When Reb Aryeh Leib heard this he said, “Congratulations, you have succeeded in hitting upon the same answer as the Vilna Gaon.”

When Ravi Shmuel heard this he was delighted and beamed with pride. Looking at Reb Aryeh Leib he asked, “Is that really so? Tell me, then, if I have succeeded in answering the same as the Vilna Gaon, what is the difference between me and the Gaon?”

“The difference is exactly the distance from your house to his and back,” laughed Reb Aryeh Leib. “He gave me his answer immediately, and for your answer I had to wait till I went and returned …”

Because of this he won the enmity of many of the important laymen in the cities where he was rabbi and was forced to travel from town to town, poor and impoverished. He never compromised, however.

Thus, the story is told of a confrontation that he once had with the leaders of the community in Volozhin. He was the rav of the town at the time and a new slate of communal leaders was chosen whom he considered to be totally unfit for the important positions to which they had been elected.

“In the ballot box, however, we place paper ballots and out comes ‘rags…’” 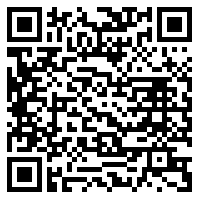