HaRav Yisroel Meir HaCohen Kagan (1838-1933) from the small Polish town of Radin, was one of the great Torah leaders of the past century. He authored many classic works, including the sefer by whose name he is known. Interestingly enough the sefer was published anonymously in 1873 but would soon gain worldwide acclaim. The title is taken from tehillim, where it say: “Let he who seeks life (Chofetz Chaim)… guard his tongue from evil.” Observing this most difficult of mitzvos, guarding our tongues from evil, was one of the special goals of Rabbi Yisroel’s life.


Strangers On A Train

The Chofetz Chaim once left the town of Radin for a long train trip to another community. The humblest of men, he traveled alone without fanfare, looking to all the world like any other Jewish passenger on the train. As luck would have it, he found himself seated next to a Jewish farmer bound for the same town, who immediately launched into a long and detailed account of his farm, livestock, field crops, and the weather for the past five years.

Hour after hour passed, with the great Chofetz Chaim listening attentively to the one-sided conversation, barely uttering a word. Finally, the train pulled into the station and as the farmer got up to leave, he saw a huge crowd assembled at the platform, obviously gathered to greet some dignitary arriving on the same train. The farmer walked up to the conductor at the front of the car and asked, “Who is this welcome for?”

Proudly the conductor answered, “The most renowned Jewish leader in Poland has been riding with us, all the way from Radin. Every Jew in the shtetl has turned out just to see him. This is a great day for our little town.”

The farmer was amazed. “The great Chofetz Chaim! Just wait till I tell people in my village that I saw him. Tell me, where was he sitting?”

“What do you mean?” the conductor answered, “he’s been sitting right next to you all afternoon!”

The poor farmer was thunderstruck, mortified. He ran back to the Chofetz Chaim, and fell on his knees before the tzaddik, his eyes filled with tears and too embarrassed to speak.

“If only I had realized who you were,” the broken man sobbed. “I wouldn’t have wasted your precious time with my endless prattle.”

“Nonsense, my son,” the tzaddik answered, “I haven’t enjoyed a conversation like that in a long time.”

“What do you mean, Rebbe?” the farmer asked, slowly recovering his composure. “How could the Chofetz Chaim appreciate talk about cattle and crops and weather, when there are so many other things we could have talked about?”

“On the contrary,” the Chofetz Chaim answered, “whenever I sit down with someone for a conversation the subject always comes around to lashon hara (gossip) and I either have to reprimand my friends or get up and leave. You are the first person who I have been able to talk to for a long time without fear of transgressing this mitzva.

One of the tasks of great Torah leaders is to inspire their students to go out into the Jewish community and fight for the observance of Torah and mitzvos. One day, the Chofetz Chaim received a visit from one of his most enthusiastic and talented young students, who had just returned from his first pulpit assignment.

From the uncharacteristically downcast look on his pupil’s face, Reb Yisroel knew immediately that things had not gone well.

“Tell me, my son, which vort did you tell to your congregation? How did they receive it?”

“Rebbe,” the young rabbi answered, “you always told us to preach to the Jewish people, to show them the beauty of Torah and mitzvos and bring them to teshuva. So I told them every thing, every wonderful take of teshuva and Torah that I could remember. I spoke for over two hours, telling of our great lesson with all the skill and oratory at my command.”

“What was their reaction?” the Chofetz Chaim asked.

“Nothing. Absolutely nothing! It was terrible. For two hours the congregation sat there not moving an eyelash, not uttering a whisper, and then when I finished, there was no reaction at all. No one came over to give me a ‘yasher koach,’ shake my hand or even ask me a single question. What a disaster! I’m so embarrassed, I could never return there again.”

The great sage turned to him and asked, “You mean that for two hours a synagogue full of Jews sat completely quiet listening to words of Torah? No one turned to his neighbor to exchange idle gossip, tell an embarrassing tale, or pass a disparaging remark?

Don’t you realize that the Vilna Gaon quotes a midrash saying that for every instant that a person holds his silence he will receive the highest rewards? Just think of the reward that you have brought them for two whole hours of silence, during which they were also performing the great mitzva of Talmud Torah by listening to your sermon. The silence was a signal of your victory, not defeat, for they left the synagogue with your words still on their minds. What greater success could you want?” 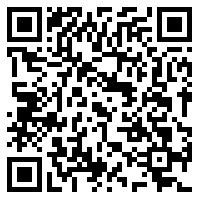