Don Isaac Abarbanel (born Lisbon, 1437, died Venice, 1508) would never stop lauding the brilliance and sagacity of his fellow Jews to King Alfonso V of Portugal. Abarbanel was the king’s treasurer and he was respected and loved by the monarch.

Once, while riding in the royal chariot, a discussion came up.


“You can never make me believe that every Jew is a genius or at least smarter than his heathen neighbor,” said the king.

“Very well,” answered Abarbanel, “let us experiment with the first Jew we encounter on the road.”

Turning a corner they encountered a poor Jew with a walking stick wearing tattered clothes. He carried a sack on his shoulders that contained all of his belongings.

“Stop the coach!” commanded the king as he invited the frightened Jew into the royal coach.

“Fear not,” said the king. “I only want to discuss certain facts with you.”

Noticing the bearded Abarbanel in the coach, the Jew felt relieved as he entered the coach.

“Tell me,” asked the king, “where do you come from and what is your occupation?”

“I live in one of our provinces, Your Highness,” answered the poor Jew. “I am a junk peddler and my wife, children and myself barely eke out a living.”

“Listen to what I have to say, Jew,” said the king. “You are one of the people who believes himself to be the chosen of G-d and that the world was only created for you. Then why are you so miserably poor wandering from town to town, hounded and chased in every country? You remind me of a poor creature we have in the insane asylum who keeps shouting that he is King Alfonso, although he is beaten every day by the guards. What is your answer to this?”

The Jewish peddler suddenly grasped his forehead and exclaimed, “Woe is me. I just reminded myself that I lost my dear heirloom, which is very valuable to me. My mind will not be at ease until I find it.”

“Not so,” said the Jew. “No money in the world can replace its value to me.”

“Very well,” said the king, “tell me where you lost it and I’ll arrange for my servant to look for it.”

“It is near a new building that is being built a few miles back on the road where I stopped to rest this morning.”

The king ordered the coach to turn about, and they rode until they came near a building that was in the process of being built.

Who Is The Proprietor?

Pointing to the workers, the Jew asked the king, “Your Highness, can you tell me who the proprietor of this building is?”

“Surely,” answered the king, “yonder man who is standing on the bottom watching all the working men climbing over the building.”

“I beg to differ with you,” answered the peddler. “I believe the owner of the building is the man who is standing on the top shouting commands to the workers. Also your boss seems to be afraid that something may fall on him and he is now running into the house.”

Turning to Abarbanel, the king laughingly said, “This is your smart Jew? Any fool can see that the foreman of the construction is only the temporary boss. While he and his workingmen are building the house, they are on top and the real boss has to keep quiet. But when the house is completed the real owner will take it over and he will eject the workmen.”

“I have just found my lost heirloom,” said the Jew to the perplexed king. “I used the word ‘heirloom’ as an allegory to the intelligence that I had inherited from my ancestors. Momentarily I had lost it when I didn’t have the proper answer for you, but now you gave me the answer.

“This world is similar to a newly built house. We are constantly improving it every day. We Jews, possessing the Holy Torah, are the real owners. But we now stand in the lowest position while the heathen, the workers led by their foremen, the kings, are now on top. When this house will be completed, when G-d will complete the allotted span of this world, then we will enter the true world and we will sit at the top while the heathen will stand at the door.”

The king was very much impressed with this wise answer and he acknowledged the superior arguments of Abarbanel as he sent the Jewish peddler away richer with many talents of gold. 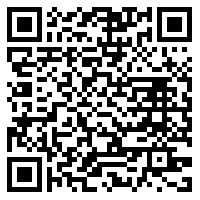