In the late 18th and early 19th centuries the struggle between chassidim and their opponents, the misnagdim, reached its peak. In many cases, chassidim were barred from areas where the misnagdim were the majority. Certainly it was unheard of for a city to choose a chassidic adherent as its rav.

The city of Frankfurt chose Rav Pinchas Halevi Horowitz while his brother, Rav Shmuel Shmelke, was appointed spiritual leader of Nicklesburg. Both brothers were students of the famous Maggid of Mezhirech, who was the spiritual heir of the founder of chassidus, the Baal Shem Tov.

How did this unusual situation come about? It’s a story of judgement and forgiveness.

The father of Reb Meir Anshel Rothschild, the founder of the fabulously wealthy dynasty, was a simple but truly pious and G-d fearing man. He was straight and honest in his business dealings, but he suffered from the discrimination and persecution that was directed against all Jews in Germany in the 18th century.

Crowded into their ghettos and suffering legal disabilities that make today’s claims of discriminations pale into insignificance, the German Jews suffered poverty and wretchedness.

Rothschild saw that he would have to change his location if he hoped to change his luck, so he decided to go east and become a peddler. He wandered throughout Poland, living the life of a nomad, until he came to the Galilcian town of Chortkov.

In Chortkov, he was accepted as a shamash in the beis medrash of Reb Tzvi Hirsch Horowitz, the father of Reb Pinchas Halevi and Reb Shmuel Shmelke.

He was a faithful and hard-working shamash and people liked and trusted him. He gradually started a small business wherein he sold sefarim, tefillin and tzizis. He managed to save a little money and things began to look up for him, until one day an event occurred that was to force him to leave Chortkov.

It happened that two merchants had a violent dispute over money. Coming before Reb Tzvi Hirsch, they demanded that he preside over a din Torah and decide which of the two was correct.

“Very well,” answered the rav. “But you must each put up a sum of money as guarantee that you will abide by the decision that I render.”

Both parties agreed and put up 200 gold pieces. The rav then sat back and listened to both parties outline their case.

After carefully weighing both sides, the rav rendered a verdict on behalf of one of the merchants. The loser paid and now the rav turned to the shamash and said,

“Get the money that this man gave me as security and return it to him.”

“I believe you,” said the rav, “but I must ask that you swear an oath that you did not touch the money.”

Reb Meir Anshel was shocked. To swear an oath, who ever heard of such a thing? If his word was not good enough….

“I cannot swear an oath,” he cried. “I would rather pay from my own pocket despite the fact that I know I am innocent of all wrongdoing.” 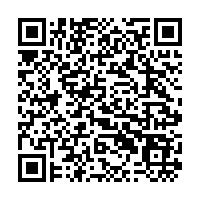