The Arab League has called on Syrian President Bashar Assad to hand over power to his deputy and join a national unity government that would prepare the country for new elections and a new constitution.
Syria rejected the proposal, which an official government response called “a violation of its sovereignty and flagrant interference in its internal affairs”.
Arab League foreign ministers meeting in Cairo issued the proposal on Sunday, also agreeing to extend by one month the mandate of their observer mission to Syria. The mission was meant to oversee implementation of a cease-fire agreement between Assad and rebels fighting government troops, but has seen an increase in violence instead.
On Monday, five government soldiers were reported killed and more than a dozen others wounded in an attack by rebels in the city of Homs. Observers said that eight civilians were killed by government troops across the country as well. The death toll in the nearly year-long pro-democracy protests against the Assad regime is estimated to be well 5,400 now, with no signs of the violence abating.
The Arab League foreign ministers meeting in Cairo said that, if Assad does not accept their national unity government proposal, they will ask the United Nations to step in and end the crisis. 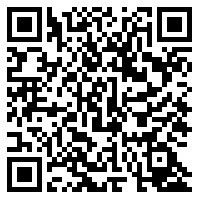