Israeli security forces at the site of a terror attack near the Gush Etzion junction where a Palestinian man attempted to ram down pedestrians at a bus stop, whereupon he left his car and attempted to stab them.
Two Israelis were injured, one of them a soldier. They were both evacuated for medical treatment. October 20, 2015. Photo by Gershon Elinson/FLASH90 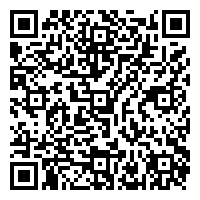