Five Arabs, including one with an Israeli citizenship identification card, attacked soldiers and stole at least five semi-automatic rifles in November and December.

A gag order on the arrests and indictments was removed on Tuesday.


Israel Security Agency (Shin Bet) and police arrested the terror cell after its members attacked a soldier at a northern Jerusalem IDF base in December and stole four M-16 rifles. The cell prepared for the attack and theft by conducting surveillance on the base and observing times of changing of the guard.

One month earlier, the same gang attacked a soldier and stole his M-16 rifle from his post in the community of Maaleh Mikhmash, located north of Jerusalem and in the Binyamin region. 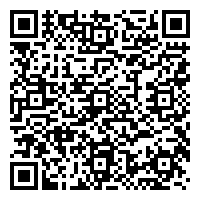