U.S. Secretary of State John Kerry has started out his post with a disagreement with Congress, which has suspended nearly $700 million for the Palestinian Authority, partly because PA Chairman Mahmoud Abbas thumbed his nose at the Obama administration’s peace process hopes.

PA Chairman Mahmoud Abbas last year went to the United Nations for unofficial recognition of the PA instead of sitting down at the negotiating table with Israel.


The State Department remains at the side of Abbas. “The secretary feels extremely strongly that it is time now to get this support to the Palestinian Authority,” State Department spokeswoman Victoria Nuland said at the daily press briefing Monday

“We think it’s very, very important that they remain effective in supporting the needs of the Palestinian people,” told reporters.

The PA’s ongoing financial crisis was aggravated after it went to the United Nations, prompting Israel to suspend monthly transfers of tax revenues that the country collects on its behalf.

Instead, the Netanyahu government decided to use the money to pay of part of the PA’s debt to the Israel Electric Corp, which provided Arabs in Judea and Samaria with most of its electricity.

Meanwhile, Arab countries continue to renege on forking over billions of dollars they have pledged to donate to the Palestinian Authority. 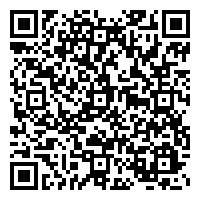