What kind of event brings together the stars of Fauda – the internationally acclaimed Israeli political thriller television series – along with noted Jewish activists together?

What kind of event will be chaired by prominent and influential communal activists, leaders in their respective fields, with discerning standards and an eye for excellence?


There’s only one event, to be held to benefit one remarkable organization.

Belev Echad is a renowned organization committed to helping and enhancing the lives of wounded veterans of the IDF and their families. The goal of Belev Echad’s programs is to alleviate the extraordinary physical and emotional toll they face through educational, social, financial and cultural support. The programs ensure that Israel’s troops are cared for well after their tours of duty end.

While American teenagers are safely in college, the young men and women of the IDF are serving on the front lines, risking life and limb to ensure the safety of the Holy Land. The injuries sustained by these young soldiers during their years of service forever change the course of their lives. Belev Echad reflects the indebtedness that the Jewish people across the globe feel toward these courageous heroes.

With programming in the United States and Israel, Belev Echad seeks to unify those who guard the glory of the people and the Land of Israel with those who cherish their bravery.

This mission to help the heroic and courageous wounded soldiers who put their lives on the line to protect the State of Israel is one that resonates so strongly with the individuals who will be honored at the upcoming Belev Echad Gala Dinner, to be held on Monday, November 19th, at Cipriani Hall, located at 55 Wall Street in New York City. Cocktails will be served at 6:30 p.m., followed by the dinner at 7:30 p.m.

The chairmen at the gala dinner will be Daniel Bernstein and Thom Waye, with Gabriel Plotkin and Yaara Bank-Plotkin serving as honorary chairs, and Daniel Bergstein, Abhay Deshpande and Michele Shapiro serving as journal chairs. The gala host is Martin Nussbaum.

Since the founding of the State of Israel, hundreds of thousands of young Jewish men and women have risked their lives and limbs to protect the Jewish people and ensure the security of the Jewish homeland. Many of these soldiers sustain physical injuries and even more are left with emotional scars that can be equally debilitating.

Founded in 2009 by Rabbi Uriel Vigler and his wife Shevy, Belev Echad began as an annual tour of New York City, as a gesture of solidarity and support for wounded warriors of the IDF. What started off as a local initiative of the New York Jewish community has now become a global movement, dedicated to helping veterans of the IDF reintegrate into civilian life with the love and support they need to thrive.

Belev Echad is now an essential part of healing, growing beyond just a vibrant community to a close-knit family. Together, Belev Echad volunteers celebrate birthdays, marriages and births, provide resources and support through the big decisions, and show up when times are tough.

Each year, Belev Echad takes wounded IDF soldiers on a Big Apple Flagship Trip, giving them the experience of a lifetime. Touring New York City and experiencing the best this city has to offer, all while showing them the love they deserve, allows them to forget their troubles, worry and pain. The trip is designed to motivate these wounded veterans through the toughest parts of their rehabilitation and to create a lifelong community to help alleviate the isolation that unfortunately many of them experience. The experiences, memories and relationships that this trip provides change the lives of each and every participant.

For many soldiers, the trauma of the battlefield can last a lifetime. Belev Echad has created a brand new one-of-a-kind program on the beach in Herzliya to meet the challenge of PTSD. In this pristine setting, wounded warriors are taught by specially trained instructors various water sports such as surfing. These water sports have many therapeutic benefits. At the end of this program, the soldiers become certified instructors in these sports, giving them confidence, a sense of purpose and even a career. The center empowers each and every soldier to be on the giving end.

For many wounded warriors, it is difficult to transition back into everyday life. Many soldiers, especially those with permanent scars and disabilities, lose hope and cannot imagine ever achieving success in any career. Belev Echad encourages and enables each soldier to dream and hope for a bright future. Belev Echad volunteers are there for the warriors throughout the entire process. Once employed, Belev Echad provides them with a mentor, an expert in their field, whose guidance ensures that they will be successful, enabling them to make a living for themselves and their families.

Many meaningful and life changing relationships are made during the aforementioned annual Big Apple Flagship Trip. The bonds formed with those who have gone through similar experiences help propel each soldier forward. Belev Echad helps foster and maintain these vital connections by creating monthly reunions for wounded soldiers in Israel. These unity gatherings are a beacon of light for every soldier who attends, and an opportunity to motivate, encourage and support each other through their recovery and beyond.

Many wounded soldiers struggle to adapt to daily life after the trauma they have endured. Belev Echad offers soldiers grants for colleges and university programs, to be able to achieve goals and a solid future. This unique scholarship program ensures the dignity they deserve and build meaningful lives, with a sense of purpose and a way to provide for themselves and their families.

Wounded soldiers represent the incredible courage and sacrifices made for the Jewish people. Belev Echad empowers wounded veterans to become ambassadors of Israel and of the truth. The soldiers are sent to engage and address youth at college campuses all over the United States.

Beled Echad ushers wounded warriors towards healing through financial support that covers what insurance does not, including world-class prostheses, experimental treatments and innovative therapies.

Belev Echad also provides advocates to assure that IDF veterans receive the government benefits they are entitled to. From dealing with Misrad Habriut to claiming compensation, Belev Echad advocates on behalf of the veterans.

The annual gala celebration of Belev Echad NYC is a milestone in being a bastion of strength for wounded IDF soldiers. The evening of unity will draw attention, involvement and excitement from among its leadership, friends, and spectators from all across New York.

Be a part of the history Belev Echad is making. By sponsoring the event, you can bring joy to your family or share the beneficence of your business by giving back to the community and the IDF’s wounded.

Belev Echad. Be one heart with them. Be their American family. Make your impact on a wounded soldier today. 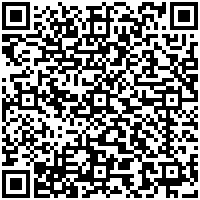